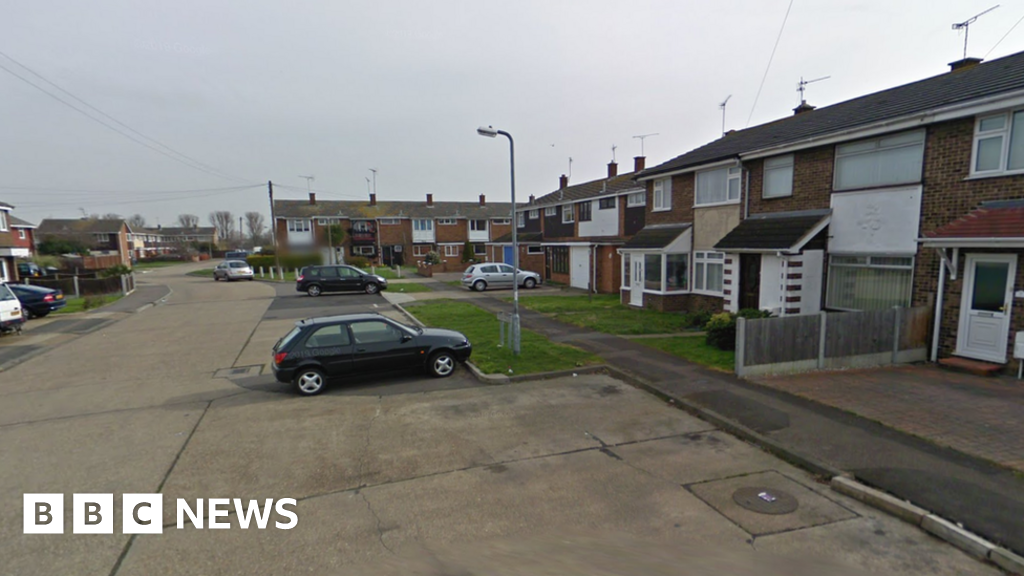 Homophobic, anti-Semitic and other racist messages were sprayed on cars and garages early on Sunday.

It is believed the damage occurred between midnight and 05:00 GMT. Officers want to trace a man seen in Southwalter between 02:45 and 03:45.

Police are treating it as a hate crime and officers are going door-to-door to try to reassure residents.

The man police want to speak to is described as white, 6ft 2ins tall, wearing a light-coloured jacket, jogging bottoms and trainers with reflective strips on the backs.

Sgt Victoria Jarvis said it was “an incredibly sad day” for Canvey Island.

“This community has welcomed people of all backgrounds, races and religions, and for someone to publicly declare hatred of certain members of society, and damage property in doing so, is unacceptable,” she said.

“We’ve been working closely with local residents… to raise awareness of hate crime, gather information, and have maintained a visible presence in the area to deter any further criminal activity.”