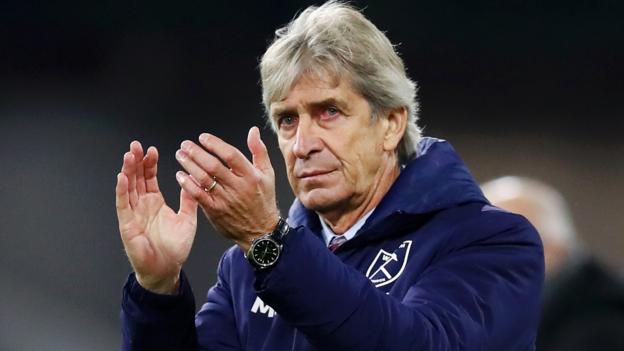 West Ham manager Manuel Pellegrini will be given the chance to turn round the club’s alarming slump in form.

Pellegrini has come under fire after a terrible run of results that has seen the Hammers slide from top six contenders to the edge of a relegation battle.

Saturday’s 3-0 defeat at Burnley means they have now gone seven games without a win in all competitions.

That run includes a four-goal Carabao Cup hammering at League One Oxford.

It has not gone unnoticed within the Hammers’ hierarchy that for the vast majority of those games Pellegrini was without first-choice keeper Lucasz Fabianski.

Fabianski tore a hip muscle against Bournemouth in September which will keep him out until January.

In Fabianski’s absence, replacement Roberto has conceded 11 goals in five games, having also been in goal for the Oxford United debacle.

West Ham face having to stand by Roberto for a run of fixtures up to the New Year that include meetings with London rivals Tottenham, Chelsea and Arsenal.

Pellegrini’s only alternative is 33-year-old David Martin, son of club legend Alvin, who arrived from Millwall in the summer and is yet to make an appearance for the club.

The situation has been described as a “nightmare” by club insiders, who say confidence amongst the defenders has been shattered.

West Ham have backed Pellegrini to the tune of £125m, including spending a club-record £45m on striker Sebastien Haller and £25m on Spain Under-21 forward Pablo Fornals.

The latter in particular has been a big disappointment, scoring only once – against Newport – in 13 appearances.

While it is accepted Pellegrini bears some responsibility for the current mess, more attention is being placed on the work of sporting director Mario Husillos, who arrived at West Ham with the Chilean in the summer of 2018.

With playmaker Mario Lanzini facing an extended period on the sidelines after being carried off at Burnley, there is a very real fear the situation could get worse.

This is likely to have a knock-on effect on the Hammers support, demolishing bridges club staff have worked so hard to build amid widespread disenchantment about the club’s move to the London Stadium.