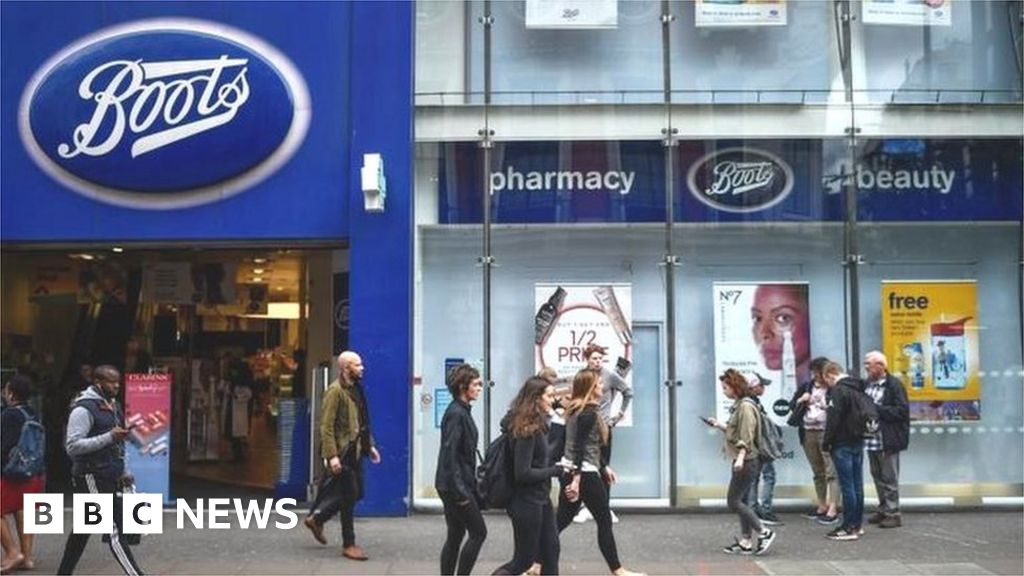 Boots’ parent company, Walgreens Boots Alliance, has reportedly received a buyout offer from private equity group KKR, which, if it goes through, would be the biggest of its kind on record.

KKR sold its final shares in Walgreens from a previous buyout three years ago.

And it is likely to have to work with other investors to complete a deal.

Speaking at a Reuters conference, he said: “It might be possible. It’s a huge stretch doing things over $50bn.”

Walgreens has a reported market value of about $56bn (£43.6bn) and is nearly $17bn in debt. Its shares rose 6% when news of the possible deal broke, after they had fallen by nearly 20% between January and October.

The company operates in 25 countries, including in the UK, where it owns Boots.

It has been trying to save nearly $2bn a year by closing stores and cutting jobs.

As part of that process, Boots announced in June that it will shut 200 shops across the UK.

Neither Walgreens nor KKR has commented on the reports.