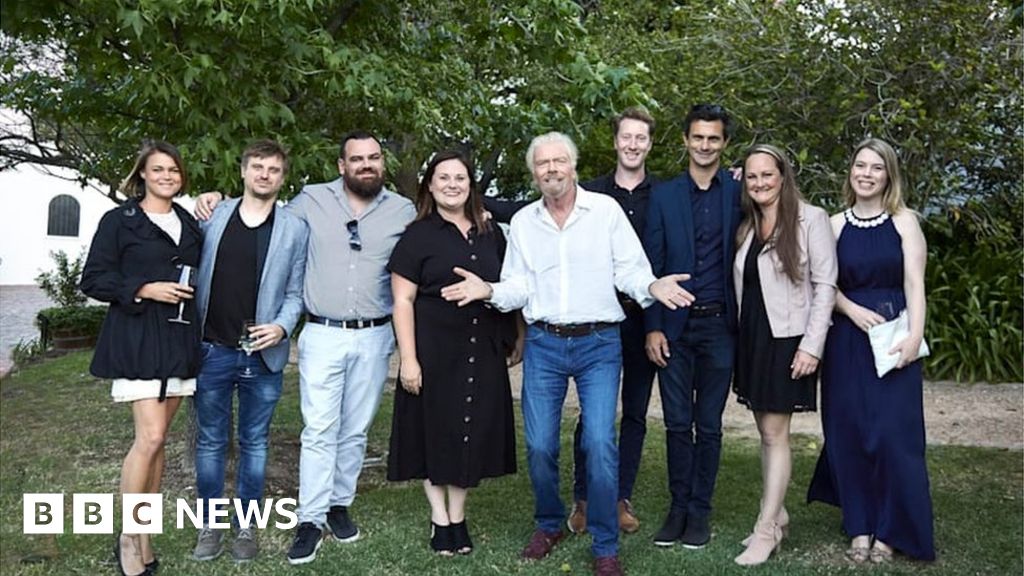 Sir Richard Branson’s Virgin Group has apologised for a “poorly chosen image” he tweeted to mark the launch his new Branson Centre of Entrepreneurship in South Africa.

The entrepreneur tweeted a photo which was criticised for failing to reflect the diversity of South Africa.

One of the critics is South African fashion designer Thula Sindi, who says: “Where did you find so many white people in South Africa?”

The spokesperson said the image in Sir Richard’s tweet did not reflect “the diverse makeup of attendees” at the launch event.

In the tweet, Sir Richard said: “Wonderful to be in South Africa to help launch the new Branson Centre of Entrepreneurship. We aim to become the heart of entrepreneurship for Southern Africa.”

In the link to his blog, Sir Richard writes: “We will play a more meaningful role in entrepreneurs’ lives than your average accelerator, supporting companies to not just survive, but thrive, and make business a real force for good in society, for the environment and the economy.”

It has sparked a series of responses, including from Mr Sindi – whose designs were worn by South Africa’s minister of communications and telecommunications, Stella Ndabeni-Abraham on the day she was sworn in.

He remarks that it must have “Really taken an honest effort for exclude the majority of the population which is just as skilled and talented”.

One individual tells critics they are wrong. “This is one of many pictures, most of which are diverse,” he tweeted.

South Africa’s Africa’s population of almost 58 million, is 80% black African, and Sir Richard writes in his blog that the “economy is dependent on entrepreneurial activity for creating future economic growth and jobs”.

“But the economic contribution to South Africa’s entrepreneurial sector is below the developing country norm. I believe that increasing entrepreneurship in this country is the golden highway to economic democracy,” he adds.

Sir Richard’s Virgin Group has a wide range of interests from gyms to planes and the entrepreneur’s space company, Virgin Galactic, listed on the New York Stock Exchange last month.

A spokesperson for Virgin said: “The tweet linked to a blog about the launch of the Branson Centre of Entrepreneurship South Africa, which assists aspiring entrepreneurs of all backgrounds with the skills, opportunities and inspiration they need to succeed.

“We apologise for the poorly chosen image, but would like to emphasise that this does not reflect the diverse makeup of attendees.

“As the video, other social posts and other images of the event show, many of the diverse group of Branson Centre entrepreneurs, trustees and team were present and the image attached to that particular tweet should have reflected this too.”