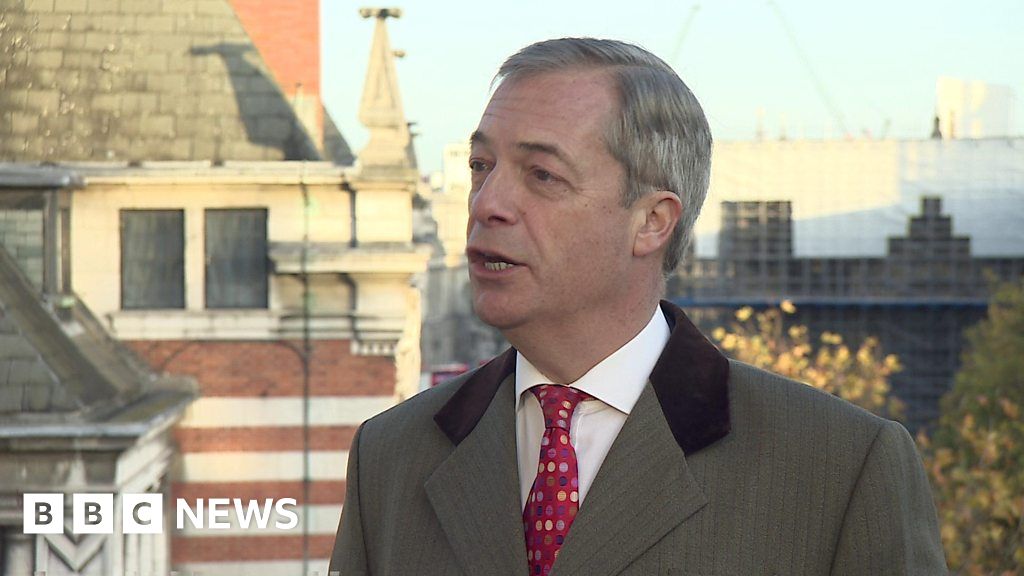 Nigel Farage has criticised the Conservatives for not reciprocating his offer of standing down candidates.

The Brexit Party leader says he will stand aside in Tory-held constituencies from the 2017 election, but still run in seats won by Labour.

He had hoped the Tories would stand down in some of those places.

Mr Farage told the BBC: “I would have expected, having put country before party, to perhaps have got something back from the Conservatives.

“But no, nothing is good enough for them.

“It is clear to me it is not a Leave majority they want in Parliament, it is just a Tory one.”