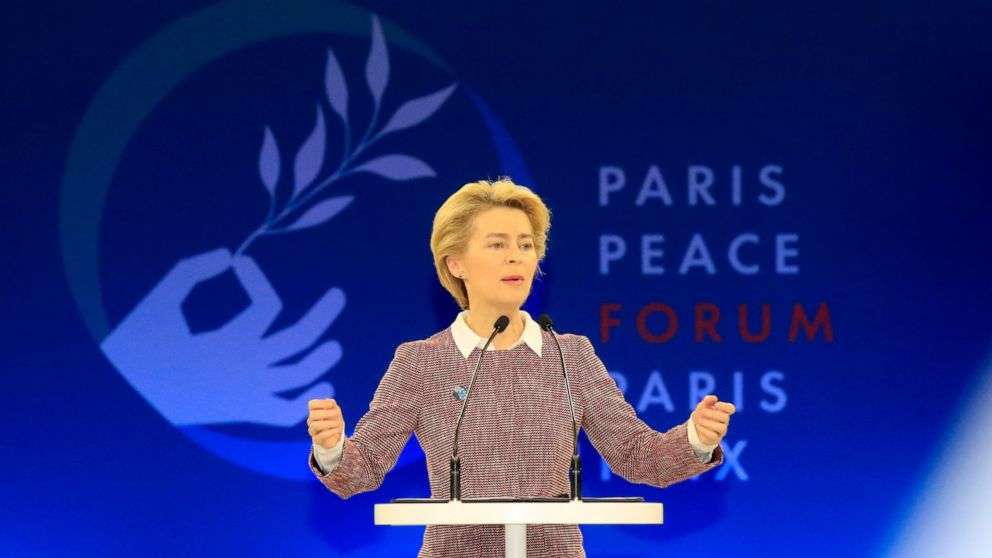 The next European Commission president says she wants to spend almost a third more on foreign policy goals over the next half decade to better establish the EU as a global player.

Ursula von der Leyen said Tuesday that the extra money is needed to develop a stronger strategic culture of the bloc, which is often criticized as high on ideals but low on effective impact.

Von der Leyen said at the Paris Peace Forum that “there is need for stable and responsible leadership. We all have to contribute.”

Her demand for more funds for such foreign policy goals comes at a time when EU member states are seeking to contain their budgetary contributions to the EU, especially with the departure of the UK, expected over the coming months.