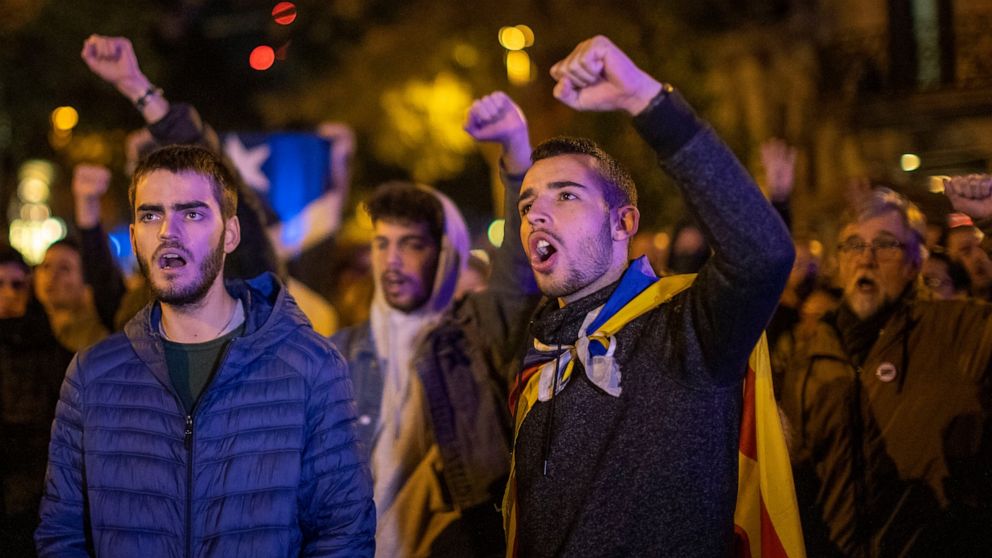 The Latest on Catalan independence demands (all times local):

A top adviser to the EU’s highest court says it should be down to the European Parliament to decide whether a jailed pro-independence Catalan leader who was elected as European lawmaker should qualify for immunity.

In a non-binding opinion Tuesday, the European Court of Justice’s advocate general said Oriol Junqueras has been elected as an MEP and Spain cannot therefore be allowed to suspend his mandate.

The case was referred to the European Court of Justice by Spain‘s highest court, which earlier this year convicted 12 former Catalan politicians and activists for their roles in the secession movement of 2017. The court sentenced Junqueras, the former regional vice president, to 13 years for sedition and misuse of public funds, barring him from taking up his seat.

French police have used pepper spray and batons to push back pro-Catalan independence protesters who blocked a major highway border pass between France and Spain.

The police then began towing away vehicles and debris with the aim of reopening the road to traffic.

The police action Tuesday led to some scuffles, and some protesters could be seen crying from the effects of the spray.

The planned three-day protest started Monday. It was organized by a clandestine activist group called Tsunami Democratic, which has staged many protests, some violent, since a dozen Catalan separatist leaders were convicted last month for their role in a push to make Catalonia independent from Spain in 2017.