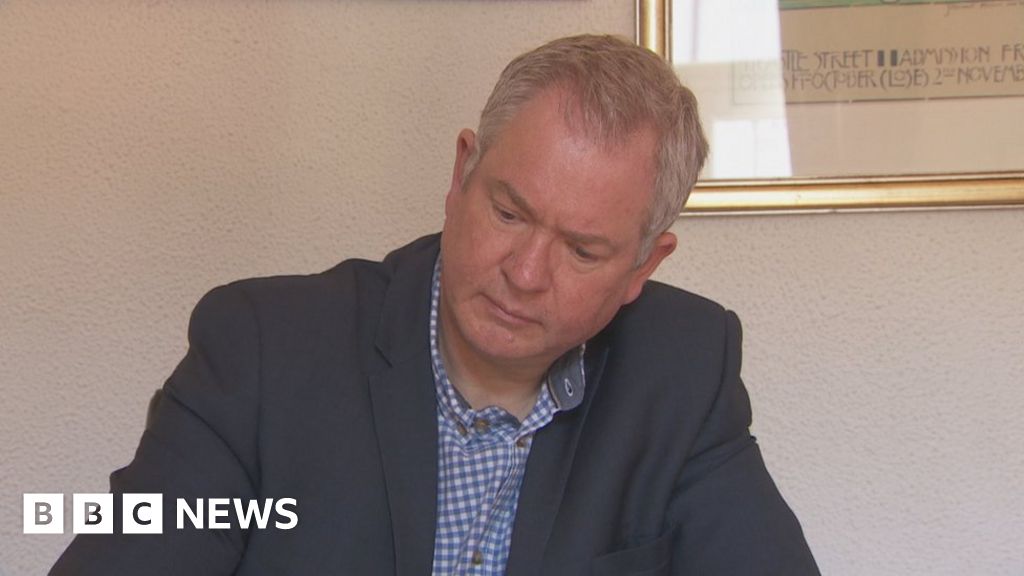 A former Labour minister has urged voters to back the Conservatives in the general election to keep “extremist” Jeremy Corbyn out of power.

Tom Harris claimed that Mr Corbyn had “instinctively sided with our country’s enemies” over the years.

And he said the prospect of the Labour leader becoming prime minister “chilled him to the bone”.

Mr Harris was the Labour MP for Glasgow South between 2001 and 2015, and is a long-standing critic of Mr Corbyn.

Ahead of the trip, the Labour leader said the election would be “a once-in-generation chance to transform Scotland and the whole UK”.

But Mr Harris, who left Labour last year, told the BBC’s Good Morning Scotland programme that Mr Corbyn represented a strain of left-wing politics that was “complete anathema” to the traditional Labour party.

He added: “He is not somebody who can be trusted with the security of the nation. He is a man who has instinctively sided with our country’s enemies over the years that he has been an MP.

“The idea of him becoming prime minister just chills me to the bone and the only way of stopping Corbyn becoming PM is to vote to vote for Boris Johnson and the Conservatives. It is a very simple, logical conclusion.”

He claimed that the security services in countries such as the US and Australia viewed Mr Corbyn with “great concern” because they “just don’t feel that this is a man who can be trusted with the fundamental responsibility of protecting the country”.

And he accused Mr Corbyn of being ready to “betray” the Scottish people and the Scottish Labour Party by allowing a second referendum on independence.

Mr Harris added: “The only way they (Labour) will come to their senses is if they are seen to suffer the consequences of putting someone like Jeremy Corbyn at the head of their party.”

Elsewhere on the election campaign trail, Prime Minister Boris Johnson said the UK faces “a historic choice” on 12 December as “the country can either move forwards with policies that will deliver years of growth and prosperity, or it can disappear into an intellectual cul-de-sac of far-left Corbynism.”

The SNP insisted it was the only party that could beat the Conservatives in Scotland and “lock Boris Johnson out of Downing Street”.

The Scottish Liberal Democrats will focus their day’s campaigning on a pledge to invest in nurseries and provide free childcare for children from nine months old.