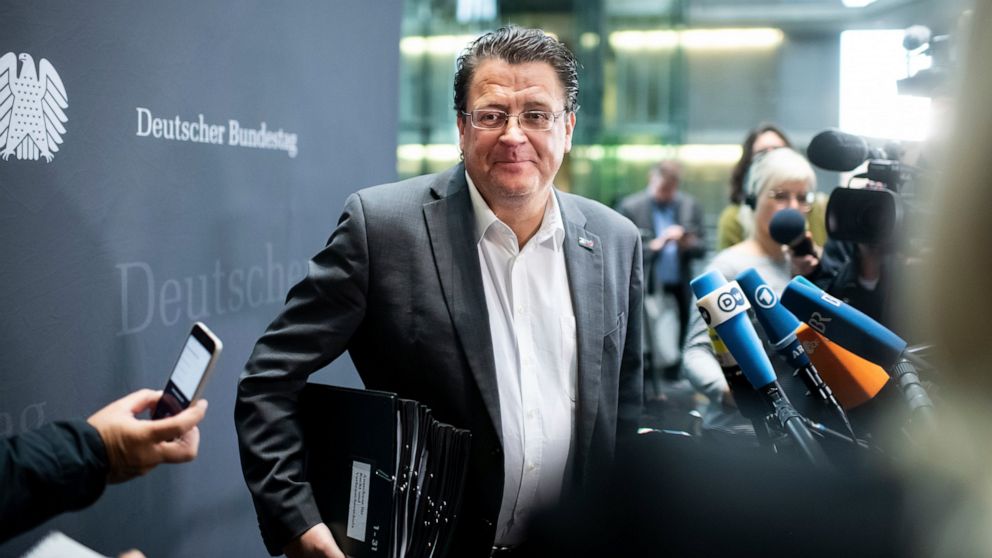 The German parliament’s legal affairs committee on Wednesday ousted its chairman, a member of the far-right Alternative for Germany, amid anger over a string of provocative comments.

The committee voted 37-6 Wednesday to remove chairman Stephan Brandner, center-left lawmaker Florian Post wrote on Twitter. It is the first time in the parliament’s 70-year history that a committee chairman has been voted out.

Brandner has repeatedly angered lawmakers from other parties over recent months, including with broadsides against opponents and by retweeting a reaction to the killing of two passers-by in a botched attack by a right-wing extremist on a synagogue last month that many considered objectionable.

That was followed by a tweet railing against singer Udo Lindenberg, who is critical of Alternative for Germany, and a decoration Lindenberg received, in which Brandner used the term “Judaslohn” (“blood money.”)

Brandner comes from the eastern state of Thuringia, whose regional Alternative for Germany leader, Bjoern Hoecke, is the party’s best-known far-right firebrand.

He tweeted that Brandner, “Hoecke’s Berlin outpost,” had been “unworthy” as chairman and added that “his anti-Semitism is intolerable.”

Brandner has portrayed himself as a victim of absurd accusations.

Alternative for Germany became the biggest opposition party after the country’s 2017 election.

It has dire relations with other parties. Lawmakers so far have voted down four candidates the party put forward to be parliament’s deputy speaker.