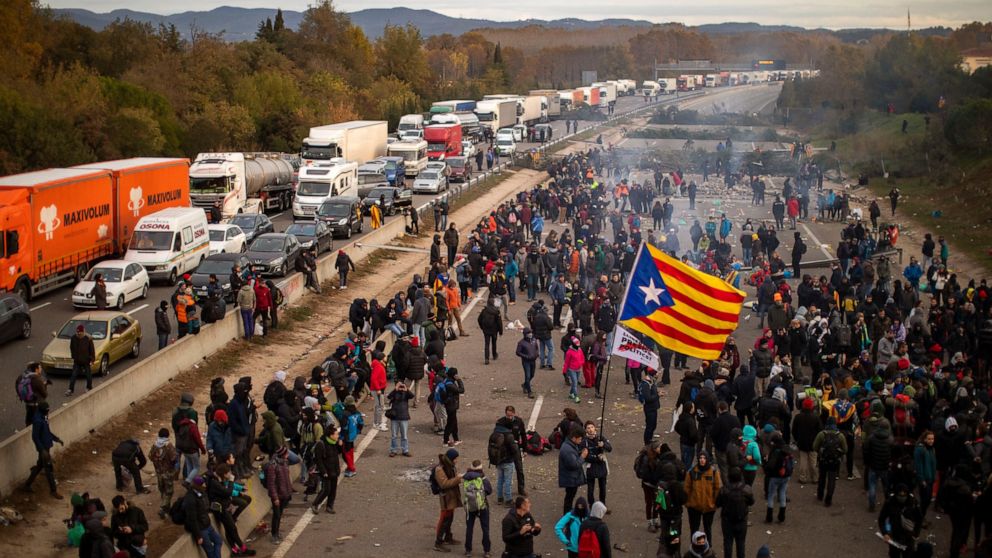 Hundreds of car and truck drivers were stuck Wednesday in a large traffic jam in northeastern Spain caused by Catalan separatists blocking a major highway near the city of Girona.

The protesters began gathering on the AP-7 highway Tuesday night and by Wednesday morning had built several large barricades out of tree limbs and the road’s metal guard rails.

Police vans arrived at the site after several hours. When lines of police in riot gear advanced, the protesters retreated while setting fire to some of the barricades.

The regional civilian protection authority said emergency services had distributed water, food and blankets to drivers and passengers who had been trapped during the night. It said 84 people were taken by bus to a nearby sports center to rest for a few hours.

The protesters were angered by the recent imprisonment of nine pro-independence politicians and activists.

French police detained 18 Catalan protesters Tuesday who had blocked a major border crossing between Spain and France for several hours.