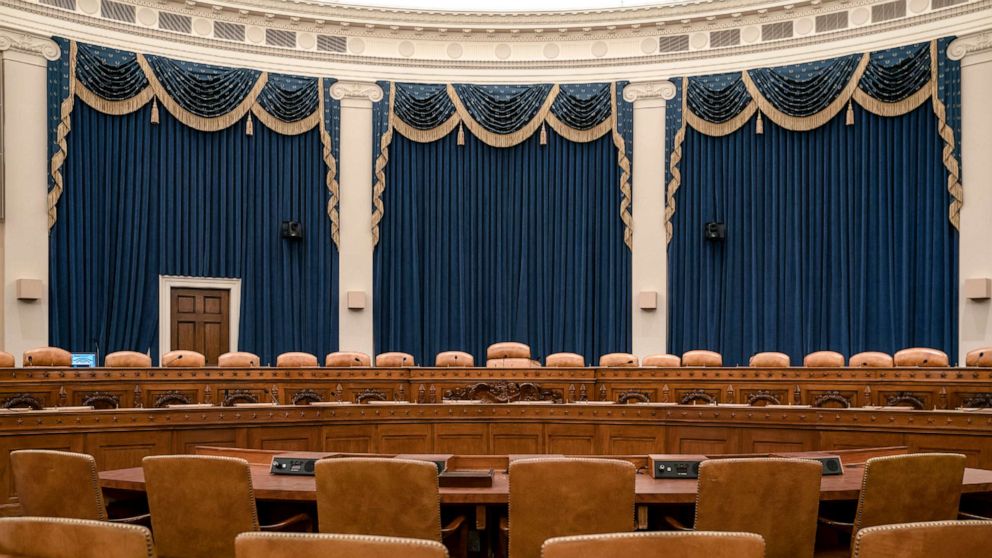 The stakes for Democrats

House Intelligence Committee Chairman Adam Schiff is tasked with making the case to the American people that President Donald Trump’s conduct is so serious he deserves to be removed from office.

As the leader of this first public phase of the Democrats’ impeachment inquiry, Schiff has outlined three parameters for prospective witnesses — as he works to craft a report for the Judiciary Committee to use to write articles of impeachment.

While, as of now, there is little expectation that the GOP-led Senate would convict Trump on any articles of impeachment, Democrats are striving to prove that Trump betrayed his oath of office by requesting that Ukraine President Volodymyr Zelenskiy initiate investigations to benefit Trump’s “personal political interests in the United States” — primarily through a corruption investigation into the Biden family.

Schiff hopes Wednesday’s testimony will demonstrate to Americans watching on television that Trump – directly or through agents – “sought to use the power of the Office of the President and other instruments of the federal government in other ways” to apply pressure to Zelenskiy to advance his personal political interests, including by leveraging a prospective Oval Office meeting desired by Zelenskiy or by withholding nearly $400 million of U.S. military assistance to Ukraine that had been appropriated by Congress.

Finally, Schiff will work to show that Trump and his administration sought to “obstruct, suppress or cover up information to conceal from the Congress and the American people evidence about the president’s actions and conduct.”

Trump has blocked nearly all of his closest advisers from cooperating in the Democratic impeachment inquiry, including his acting chief of staff, Mick Mulvaney, John Eisenberg, legal adviser to the National Security Council, and Eisenberg’s deputy, Michael Ellis.

“It is important to underscore that the House’s impeachment inquiry, and the Committee, will not serve as venues for any Member to further the same sham investigations into the Bidens or into debunked conspiracies about 2016 U.S. election interference that President Trump pressed Ukraine to undertake for his personal political benefit,” Schiff, D-Calif., asserted in a memo to all Intelligence Committee members on Tuesday. “Nor will the Committee facilitate any efforts by President Trump or his allies to threaten, intimidate, or retaliate against the whistleblower who courageously and lawfully raised concerns about the President’s conduct.”

Schiff has called three witnesses this week, two Wednesday and one Friday, to publicly say what they’ve already testified to in private — hoping to capture the attention of a TV audience and shift public sentiment in further in favor of removing Trump from office.

“We want the American people to hear the evidence for themselves in the witnesses’ own words, and our goal is to present the facts in a serious and sober manner,” Schiff said Tuesday ahead of the hearing. “The three witnesses this week will begin to flesh out the details of the president’s effort to coerce a foreign nation to engage in political investigations designed to help his campaign, a corrupt undertaking that is evident from his own words on the July 25 call record.”

Taylor, who is viewed as perhaps the Democrats’ most compelling witness, told Congress on Oct. 22 that “it was becoming clear” to him that a prospective bilateral meeting between Trump and Zelenskiy “was contingent upon the investigation of Burisma and alleged Ukrainian interference in the 2016 elections,” according to a transcript of his closed-door testimony.

Asked about the summary memorandum released by the White House that memorialized the July 25 phone call between Trump and Zelenskiy, Taylor said “although this was the first time I had seen the details of President Trump’s July 25 call with President Zelenskiy, in which he mentioned Vice President Biden, I had come to understand well before then that ‘investigations’ was a term that Ambassadors (Kurt) Volker and (Gordon) Sondland used to mean matters related to the 2016 elections, and to investigations of Burisma and the Bidens.”

Tayor also affirmed that it was his “clear understanding” that “everything” from the U.S., including a White House meeting with Trump, was contingent upon Ukraine launching an investigation. He even testified that he believed the “irregular” diplomatic channel employed by Rudy Giuliani, the president’s personal lawyer, was used to benefit Trump.

Kent testified Oct. 15 that he raised concerns to then-Vice President Joe Biden’s office about a conflict of interest presented by Hunter Biden’s role on the board of Burisma in 2015, but was ultimately rebuffed, potentially buttressing GOP arguments that questions about the Bidens’ activities in Ukraine have merit.

A transcript of Kent’s deposition also showed he testified that Giuliani, Trump’s personal lawyer, carried out a “campaign of lies” to smear former U.S. Ambassador to Ukraine Marie Yovanovitch and that the former New York City mayor pushed Ukraine on Trump’s behalf to investigate Biden based on an unfounded theory about the country’s interference in the 2016 election.

In a prepared statement, Kent also noted that he “fully” shared Yovanovitch’s “incredulity” over her removal from her post “based, as best she could tell, on unfounded and false claims by people with clearly questionable motives at an especially challenging time in bilateral relations with a newly elected Ukrainian President.”

A Democratic aide working on the impeachment inquiry said that Democrats paired Taylor and Kent together because they “both were witnesses to the full storyline of the president’s misconduct.”

Yovanovitch is slated to testify publicly in a second hearing on Friday.

In an 18-page Republican memo obtained by ABC News on Monday evening, the House GOP laid out their own strategy ahead of public hearings this week, showing they plan to make the case that it’s important to understand Trump’s “state of mind” to comprehend the administration’s diplomacy in Ukraine.

“To appropriately understand the events in question — and most importantly, assess the President’s state of mind during his interaction with (Ukrainian) President Zelenskiy — context is necessary,” the memo reads.

Republicans outline four key pieces of evidence they plan to center their questions around, including a summary memorandum memorializing Trump’s July 25 phone call with Zelenskiy, arguing the absence of a quid pro quo by showing “no conditionality or evidence of pressure.”

Republicans contend that both Zelenskiy and Trump have publicly said there was no pressure exerted by the United States for Ukraine to investigate Biden. They also argue that testimony in the depositions show the Ukraine government was not aware of a hold on U.S. security assistance at the time of the July 25 call.

Republicans point out that Ukraine never initiated an investigation into Trump’s rivals but Trump still met with Zelenskiy and U.S. security assistance ultimately flowed to Ukraine in September 2019, undercutting the Democrat’s assertion of a quid pro quo.

Republicans also maintain that Trump has consistently expressed skepticism about U.S. foreign aid while calling on European allies to “shoulder more of the financial burden for regional defense.”

“Public reporting shows how senior Ukrainian officials interfered in the 2016 U.S. presidential campaign in favor of Secretary (Hillary Clinton) and in opposition to then-candidate Trump – including some officials who President Zelenskiy retained in his government,” the memo continues. “Seen in this light, any reluctance on the President’s part to meet with President Zelenskiy or to provide taxpayer-funded assistance to Ukraine is entirely reasonable.”

While pundits largely anticipate a made-for-TV theatrical bout between Schiff and GOP Reps. Jim Jordan and Devin Nunes, Democrats hold a 13-9 advantage in membership on the House Intelligence Committee, providing Schiff with an edge on any procedural motions or efforts by Republicans to undermine his control during the hearing.

Schiff and Nunes are both afforded a 45-minute block of time to establish the hearing’s narrative, with both parties expected to rely largely on questioning by staff counsel. Each member of the committee can also ask up to five minutes of questions per round.

If Schiff decides to add a second round of questioning, he and Nunes would receive another 45-minute block each, with the ability to yield to counsel but not to other members on the committee. Junior members of the committee, however, can yield to other members from their own five-minute windows, although Nunes and Schiff cannot transfer their time to anyone besides their respective counsel.

In an extraordinary move, Jordan was temporarily added to the GOP’s membership on the committee last week to give the president one of his fiercest defenders a spot on the committee. While Jordan’s questions will be limited to five-minutes absent any transfers of time from his GOP colleagues, his assignment also allows his chief investigative counsel from the House Oversight Committee, Steve Castor, to join the hearing and be heavily featured throughout GOP questioning.

If the House ultimately votes to impeach the president, it would still take a super-majority of 67 votes in the Senate to convict the president on any articles of impeachment, meaning at least 20 Republicans would need to turn against Trump. That’s a longshot by any measure that serves to protect Trump from being ousted from the White House while reassuring the public that the entire exercise is a political one, despite Pelosi’s claim that impeachment is about patriotism.

“This is a president who for his own political gain was willing to undermine our national security, jeopardize the security of our elections, which is the heart of our democracy, and violate his oath of office to protect and defend the constitution of the United States,” Pelosi told Telemundo in an interview Tuesday. “The president has his opportunity to prove his innocence.”