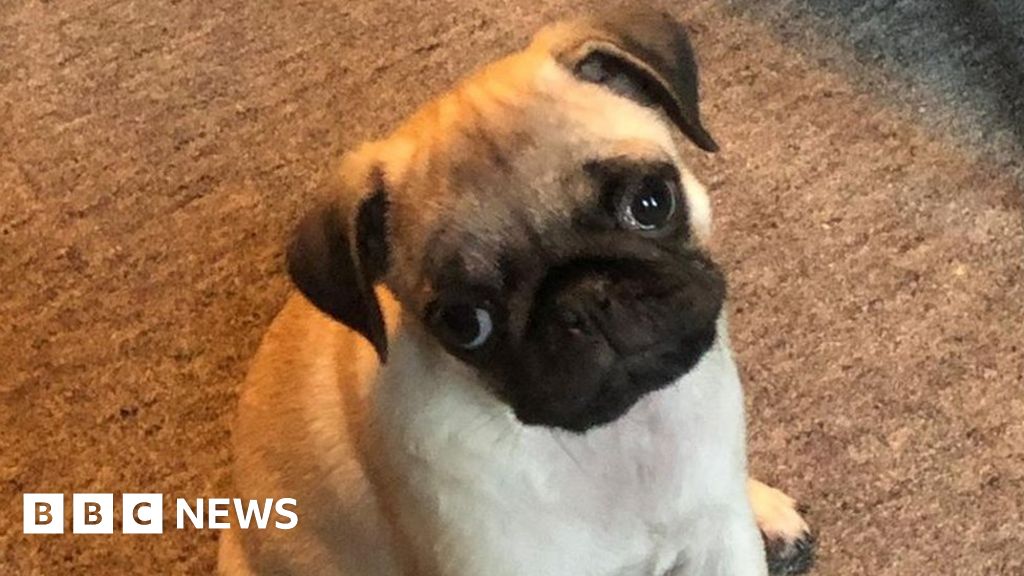 A four-month-old pug puppy has been stolen during a burglary which has led the owners to offer a £5,000 reward for its safe return.

Indie was taken alongside its bed, a BMW M2 car, cash and bank cards during a break-in in Rowton Rise in Standish, Wigan, at about 04:00 GMT on Tuesday.

Owners David, 36, and Natalie Taylor, 29, have offered the reward after being left “devastated” and “heartbroken”.

Police are investigating and have appealed for information.

“I’m absolutely devastated – this has been the worse day of my life.”

“We just want Indie back – she is our baby. We are so worried about her and we are desperate for her to come home.

“She is our world and a beautiful dog. We think it was just an opportunist crime and they just grabbed her on the way out to make some more cash,” the doctor said.