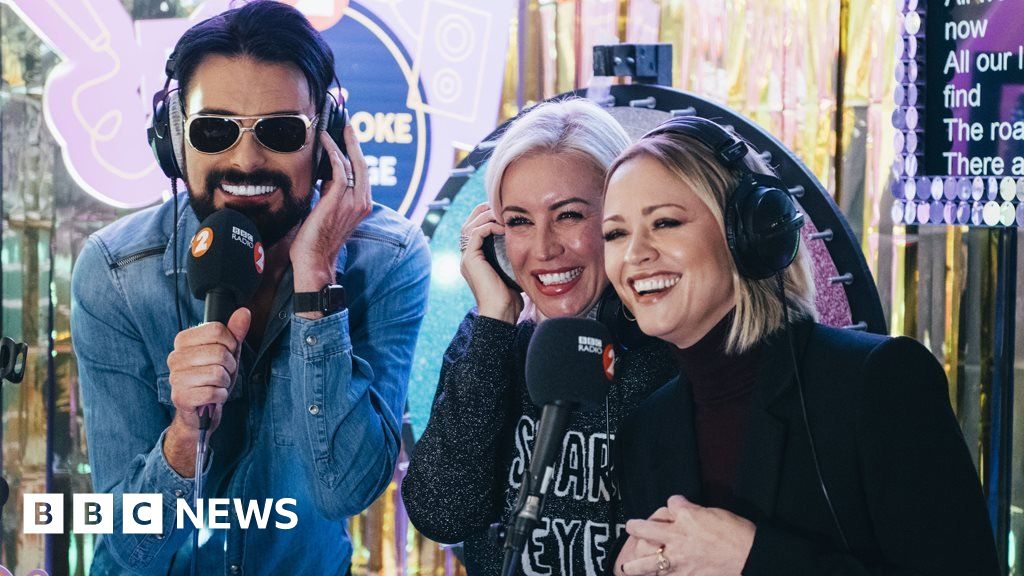 Rylan Clark-Neal has raised more than £845,000 for Children In Need by singing non-stop karaoke for 24 hours.

He ate spoonfuls of honey every hour to keep his vocal cords coated – along with the occasional Pudsey donut.

“I am in such a state this morning,” Clark-Neal told Radio 2’s Zoe Ball as he approached the end of the challenge.

“It doesn’t feel real. None of it feels real.”

The crooning marathon was broadcast live on BBC Radio 2 and the BBC red button. In the last half hour of his challenge alone, the star raised more than £200,000 – with the tally reaching £845,239 by the time he finally finished.

“That’s unbelievable, thank you so much,” said the star.

Donations continued to flood in after Rylan took a well-deserved rest. The grand total will be revealed during Friday night’s Children In Need broadcast on BBC One.

Along the way, Rylan duetted with Dermot O’Leary on You Don’t Bring Me Flowers, rapped with Trevor Nelson and DJ Spoony on a version of Rapper’s Delight, and danced with Strictly contestants Saffron Barker and AJ Pritchard.

Rylan said he was inspired to keep singing by the memories of a recent visit to a Children In Need-funded youth club.

The star met the disadvantaged children helped by the Southend Association of Voluntary Services (Turning Tides) project in Essex – playing Hungry Hippos and taking part in arts and crafts lessons.

“It was amazing and, do you know what, I didn’t actually think about this when I signed up to do this,” said the Strictly: It Takes Two presenter.

“I didn’t really think that I would need that, but actually visiting the project and meeting all the kids and volunteers and speaking to them and understanding how much this money impacts their lives, when I am sort of dying at four o’clock in the morning trying to garble together a song I know what I’m doing it for now.”

His final song, shortly after 9:15 on Wednesday morning, was Tina Turner’s The Best – for which he was joined by M People star Heather Small.

As it ended, the 31-year-old sank to the floor in relief and Zoe Ball played him the bells of St Margaret’s Church in his hometown of Stanford-le-Hope, Essex, which were ringing in his honour.

In 2017, Sara Cox also boogied for 24 hours in an 80’s Danceathon, while Dermot O’Leary kicked off the challenges in 2015 with another 24 hours of dance – live on the plaza outside BBC New Broadcasting House.