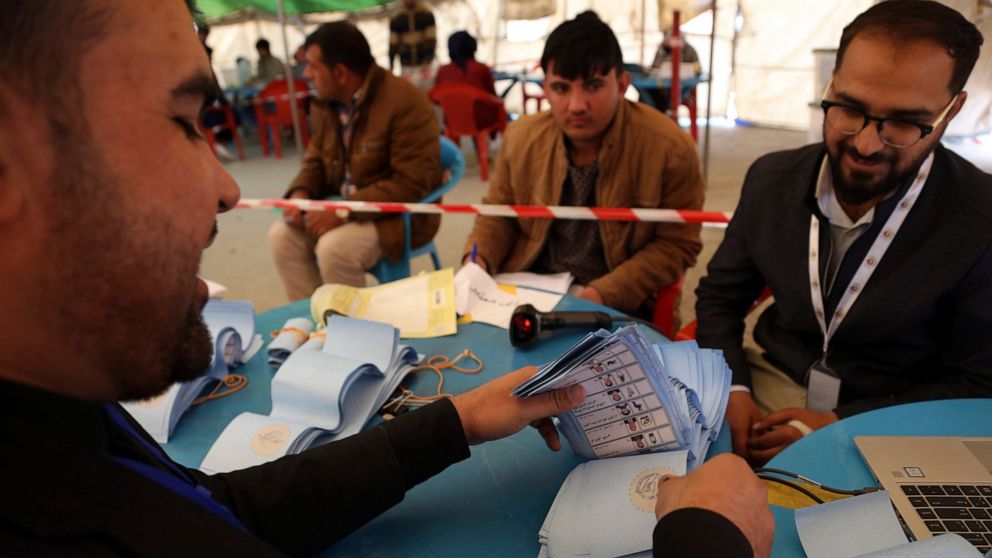 An Afghan official says the results of the country’s presidential election held nearly two months ago are being delayed once again.

Spokesman for the Independent Election Commission Zabi Sadat didn’t explain the new postponement. The results were supposed to be announced on Thursday in Kabul.

There was no new date for the results.

The Sept. 28 election has been mired in controversy. Both President Ashraf Ghani and his chief executive and co-head in the current unity government, Abdullah Abdullah, were running for president.

Abdullah last week said he was withdrawing his election observers from the ballot counting process. Sadat, the commission spokesman, said vote recounts were immediately suspended after Abdullah withdrew his observers.

Sadat also said the commission is holding emergency meetings to find a way out of the impasse.