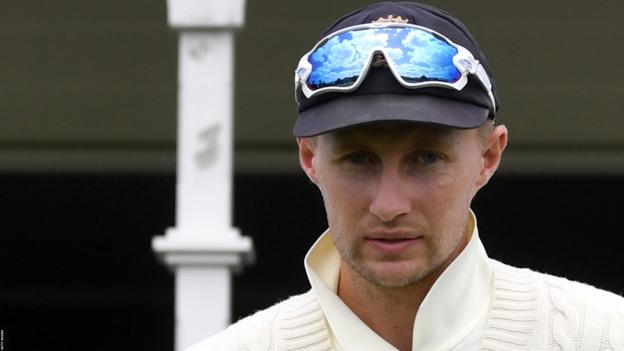 England Test captain Joe Root says he and new coach Chris Silverwood are “aligned” over a two-year plan to win back the Ashes in Australia.

Root says the team will change their approach, attempting to bat longer and be more patient with the ball.

He also told the BBC’s Test Match Special that he hopes to return to batting at number four in England’s top order as it “suits his game”.

“It definitely fits in with captaincy a little bit better for me,” Root said.

“I’ve found over time that, generally, I’ve consistently played better in that position.”

Root moved up from his preferred position at four for the entirety of the drawn Ashes series in England this summer.

However, his average of 32.5 runs batting at three over the five-match series was 10 runs worse than when he bats a place lower down the order.

“I know previous captains have preferred to get out there early and just get among it but I quite like to split the two and to really focus on my batting.”

‘We want to be the number one team’

Silverwood was named successor to Trevor Bayliss as England’s head coach in October after initially joining the set-up as bowling coach in January 2018.

And Root says he and the 44-year-old, who led Essex to their first County Championship in 25 years in 2017, have established a sense of “real clarity” over how they will move forward.

It is a departure from the approach taken by Australian Bayliss, who encouraged his team to score aggressively and take quick wickets.

“We know that over the next couple of years, we want to do everything we can to be in the best shape possible to go down to Australia and win,” Root said.

“We want to be competitive in the Test Championship and as much as possible climb up the rankings to become the number one team in the world.

“We’ve got 25 games to build on that journey and make sure when we go down there we’re in a really strong position to take on Australia in their conditions.”

England face New Zealand in two Tests, the first of which begins on 21 November, but the series does not count towards the ICC World Test Championship.

The tourists continue their preparations in a three-day first-class match against a New Zealand A side, at the Cobham Oval in Whangarei, on Friday.

Bowling all-rounders Sam Curran and Chris Woakes are competing to start the first Test against the Black Caps in Mount Maunganui.

Opener Joe Denly is expected to drop down to three following an ankle injury that ruled him out of the T20 series, replacing Zak Crawley, who scored a century in his first innings in an England shirt earlier this week.

Root added: “We haven’t officially picked a team yet. As you’d expect, the majority of that will go and play the first Test match.”