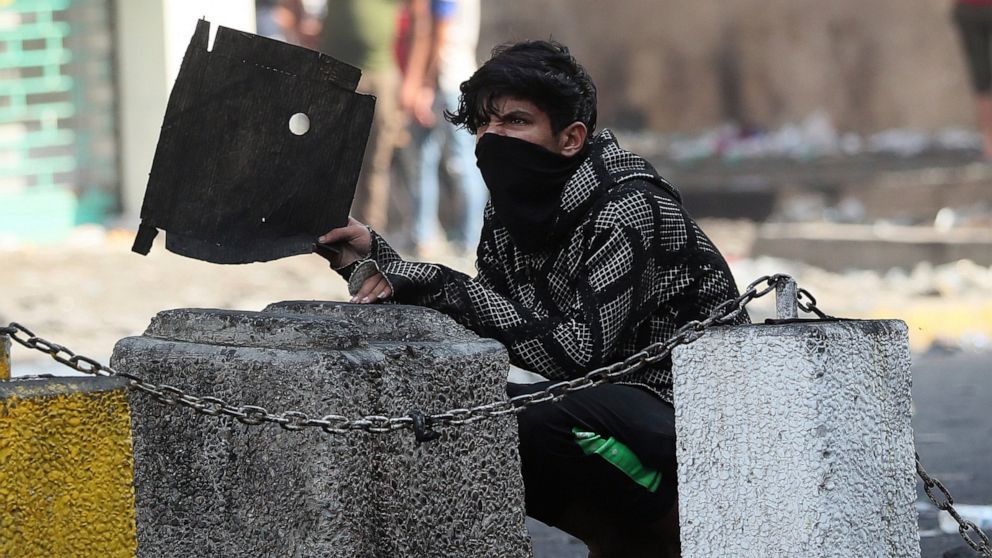 According to the officials, the casualties occurred in the Khilani area near Tahrir Square, which has been witnessing protests for weeks. The officials spoke on condition of anonymity in line with regulations.

The protests have mostly been taking place in Baghdad and the predominantly Shiite southern provinces. At least 320 people have been killed and thousands have been wounded since the unrest began on Oct. 1, when angry protesters took to the streets in the tens of thousands.

Thursday’s clashes came a day after protesters said that an intensifying crackdown by authorities has been instilling fear and reducing turnout but said they would remain defiant. The protesters also called for people to return to the streets in large numbers later this week.

The protesters are outraged by what they say is widespread corruption, lack of job opportunities and poor basic services, including electricity cuts, despite the country’s vast oil wealth.

They have so far rejected government proposals for economic and constitutional reforms and are calling on the entire political leadership to resign, including the Prime Minister Adel Abdul-Mahdi.