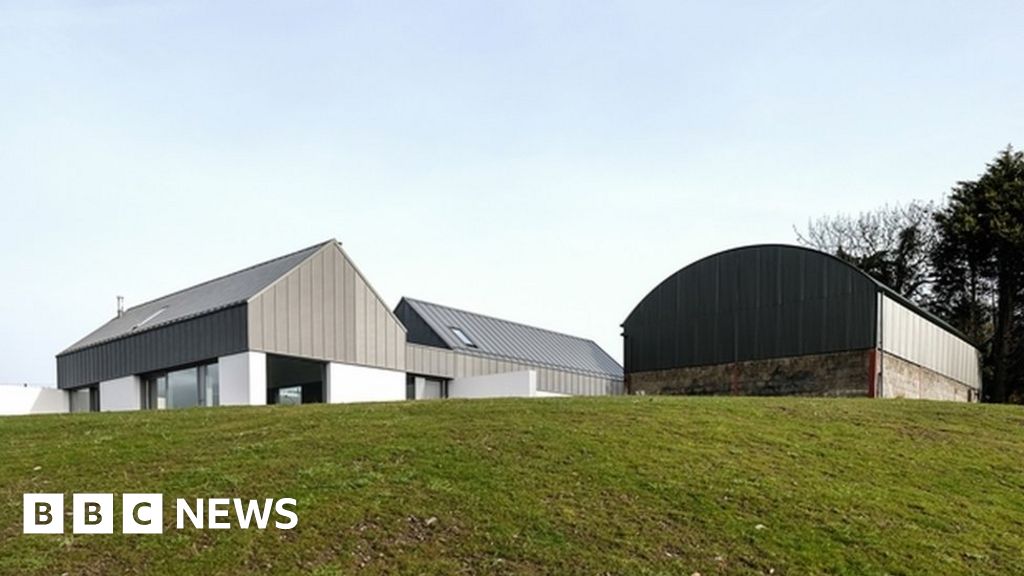 A three-bedroom County Down property which cost £335,000 to build has been named RIBA House of the Year.

The L-shaped home in Saintfield, named House Lessans, was built on the site of a former farmstead.

It was revealed as the winner in the finale of Channel 4’s Grand Designs: House Of The Year on Wednesday.

The award for the UK’s best new architect-designed house is presented by The Royal Institute of British Architects (RIBA).

Alan Jones, president of RIBA, said: “Even with the tightest of budgets, House Lessans shows that a dream home, designed by a talented architect, can be a reality.”

Mr Jones said the home – which cost £1,425 per square metre to build – was “a remarkable achievement for a newly built home of this scale”.

“House Lessans demonstrates that life-enhancing architecture does not have to cost the earth,” he added.

Sylvia and Michael, the owners of the property, say “it is a joy to live in”.

“From seeing the soaring bedroom ceiling on wakening, being surrounded by the gentle landscape in the kitchen during the day, to enjoying the sunset in the top room,”

The property, with white rendered concrete walls, has only one bathroom, a decision the couple say was made because it would require less cleaning.

Architect Kieran McGonigle, of the firm McGonigle McGrath, has hopes the house “extends our understanding of how to make buildings in our countryside”.