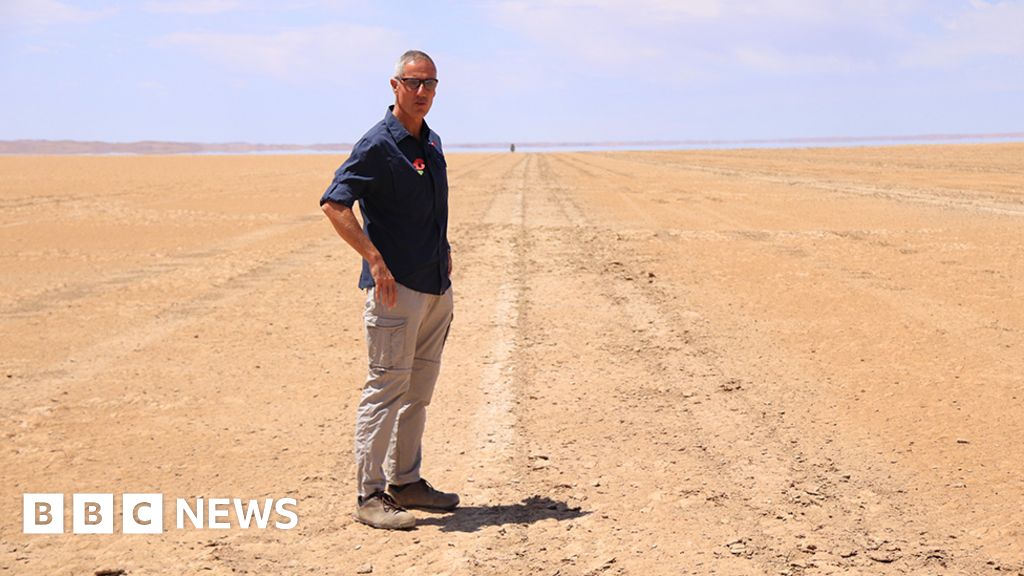 The Bloodhound land speed racer has picked up the pace again, reaching 562mph (904km/h) in its latest run across the Kalahari Desert.

Its previous best of 501mph (806km/h) was set last week, after which the car suffered some technical glitches.

But on Friday, Bloodhound went out early on to its dry lakebed track when the temperatures were cool and there was barely a breath of wind.

These are the conditions most conducive to fast running.

If it’s too warm, Bloodhound’s Eurofighter jet engine takes a while to get up to speed, and the presence of a stiff breeze can produce some tricky handling for the driver, RAF pilot Andy Green.

Both of these issues are generally avoided by running just after dawn – and so it proved on Friday.

After posting 562mph, the British team returned Bloodhound to its tech tent on the edge of Hakskeen Pan to analyse the performance data. The car is festooned with sensors that record precisely how it behaved as it screamed across the mudcake surface.

Engineers will assess the health of the vehicle before heading back out on to the pan.

This step-by-step programme would point now to the next run trying to go beyond 600mph (965km/h). But the team will only attempt this if it’s satisfied Bloodhound is technically ready and the conditions are safe.

Only six vehicles in the history of the land speed record have raced above 600mph: Sonic 1, Blue Flame, Thrust2, Budweiser Rocket, Sonic Arrow; and Thrust SSC, which set the current world best of 763mph (1,228km/h) in 1997.

The team arrived at Hakskeen Pan in mid-October. The lakebed has been cleared of 16,000 tonnes of stones to produce the smoothest possible ride for Bloodhound.

This herculean effort was undertaken by local people who hope the pan will become a draw in future for other speedsters, thus giving a boost to the economy.

“I will confess the one thing I have worried most about over the last 10 years has been whether we chose the right desert – because what we asked the people to do here was unprecedented,” he told BBC News.

“Nobody has ever tried to clear this many stones from a surface by hand, or to grade a causeway running across the pan to make it feel like it isn’t there.

“When Bloodhound achieves its world land speed record – so much of the credit is going to go to the local community and the Northern Cape government for having that belief and creating this amazing race track.”

From all of the Bloodhound team, the single simple message is ‘baie dankie!’ Thank you!”

Bloodhound’s probably got another week or so of testing at Hakskeen Pan before going home to England.

An attempt on the land speed record won’t take place for perhaps 12 or 18 months, and that will require a rocket motor to be fitted to the car in addition to its Rolls-Royce Eurofighter engine.

The other necessity is funding. The car will only come back to South Africa if there is sufficient financing for this private project.