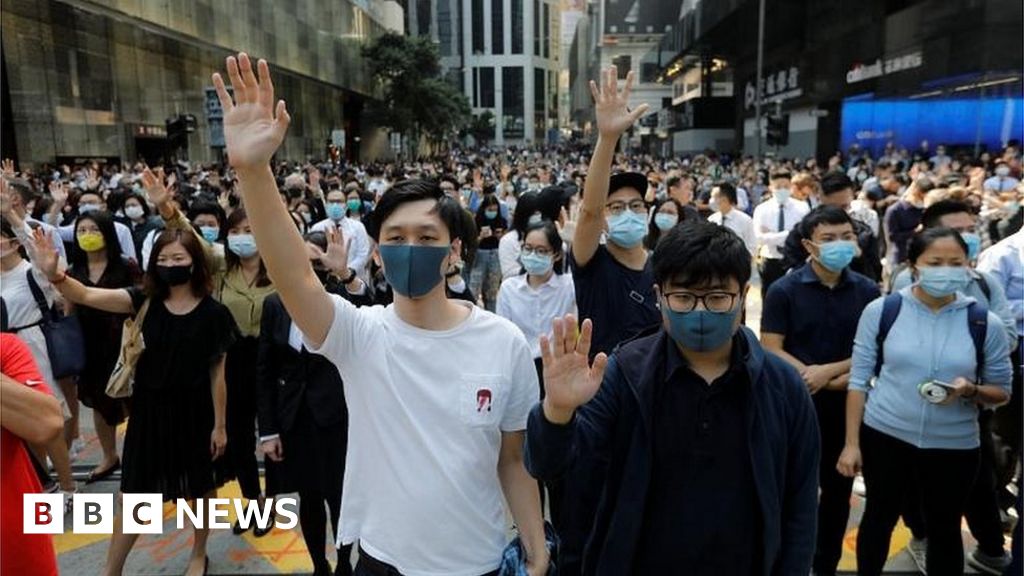 Hong Kong has entered its first recession in a decade as the territory continues to be gripped by protests.

Its economy shrank 3.2% in the July-to-September period compared with the prior quarter, figures showed, confirming earlier preliminary data.

It means the economy has contracted for two quarters in a row, which is the usual definition of a recession.

Tourists are staying away and shops are suffering amid battles between anti-government protesters and police.

Compared with a year ago, Hong Kong’s economy was 2.9% smaller in the third quarter of the year.

Hong Kong’s protests started in June after the government planned to pass a bill that would allow suspects to be extradited to mainland China.

Many feared this bill would undermine the city’s freedoms and judicial independence.

The bill was eventually withdrawn but the protests continued, having evolved into a broader revolt against the police, and the way Hong Kong is administered by Beijing.

Protests have taken place every weekend over the past few months, causing widespread disruption and a number of deaths.

On Thursday, a 70-year-old cleaner died after he was hit in the head during a protest in the Hong Kong border town of Sheung Shui.

Video purported to be of the incident shows two groups throwing bricks at each other before the man falls to the ground after being struck on the head.

Dramatic scenes such as these have kept tourists away. In August, arrivals to the city – a popular travel destination and transit hub – hit their worst level since the SARS crisis of 2003.

Some hotels have slashed prices as they struggle to fill their rooms.

On Thursday, two companies with major operations in Hong Kong revealed the financial impact of the protests.

Luxury fashion house Burberry said its sales in Hong Kong had fallen by more than 10% and would “remain under pressure”.

Airline Cathay Pacific cut its profit guidance and said the civil unrest had “been exceptionally challenging, severely impacting demand and operations of the business”.

Why the spike in anger?

This week has seen a marked escalation in violence with intense street battles, violent clashes at universities and lunchtime protests in the financial heart of Hong Kong.

It is the first time in weeks that protests have taken place during weekdays.

Alex Chow had been in hospital since he fell from the ledge of a car park during a police operation a week ago.

Later on Monday, violence escalated further when a police officer shot an activist in the torso with a live bullet and a pro-government supporter was set on fire by protesters.