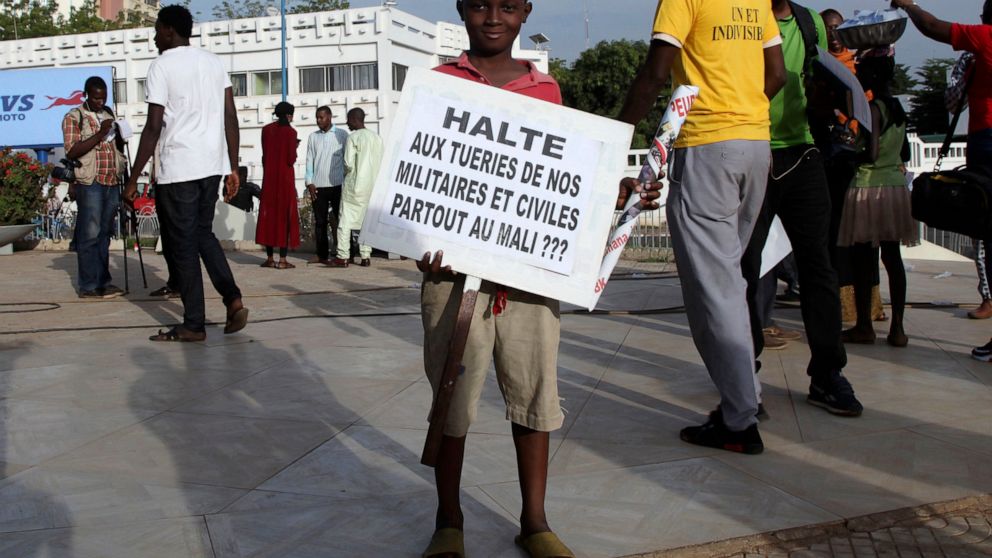 Mali’s military has abandoned some of its most isolated outposts in the desert north while extremist attacks have killed more than 100 soldiers in just six weeks.

The West African nation’s president is facing a decline in military morale, a sentiment that helped spark a coup against his predecessor in 2012 amid an uprising that saw separatists and Islamic fighters take over large swaths of the north.

Some also are angry at a French military presence.

The extremists add to their weapons stockpile with each raid. Fighters linked to al-Qaida and the Islamic State group have published images on social media of their spoils of war including automatic weapons, motorcycles and other vehicles.

Dozens of soldiers posted to Mali’s remote northern town of Labezanga served as the last line of defense against extremists roaming the surrounding desert.

Then one evening earlier this month the military pulled up stakes and left, part of a reorganization following a wave of attacks on other far-flung outposts. The 60 soldiers have been assigned to more central bases, the closest some 100 kilometers (60 miles) away.

“There is no military … no police left in our village,” one concerned resident told local radio. “People are calm but we have been left at the mercy of this insecurity.”

Soldiers also have left the community of Andraboukane in the Menaka region, where no mobile phone service even exists. Their departure created panic among residents who fear the return of extremists who controlled major towns, including theirs, in 2012 and implemented a harsh version of Islamic law. A French-led military intervention forced them back into the desert, where they have regrouped.

President Ibrahim Boubacar Keita has faced a decline in military morale after the recent attacks, a sentiment that helped spark a coup against his predecessor in 2012 amid an uprising that saw separatists and Islamic fighters take over large swaths of the north.

Keita this month pledged “improved conditions for our men,” saying the military would take a more offensive role in fighting extremism. In a statement Sunday, the military confirmed that some of its isolated units would be regrouped at other bases.

The political discontent has spread to soldiers’ widows and other family members, who have staged several sit-ins in the capital, Bamako, and in Kati, home to Mali’s largest military base. They demand better equipment and training for those on the front lines.

“Reducing the risk of these large-scale attacks on bases is a way of potentially mitigating that political risk and mitigating pressure on the armed forces and also on (the president). But I don’t think this anger is going away,” said Andrew Lebovich, an analyst of the Sahel region and visiting fellow with the European Council on Foreign Relations.

The outrage also has been directed at former colonizer France, which has kept 5,000 soldiers in West Africa’s Sahel region as part of a long-term effort to stabilize it.

“After six years of war, instead of retreating, the crisis has rather spread toward central Mali. Our soldiers are dying every day, so we are asking France to leave,” said Salimata Fofana. Her husband was killed in a Sept. 30 attack in Boulikessi, one of a pair of assaults within hours that left at least 38 soldiers dead and more than a dozen missing.

The French military presence in the Sahel region has cost more than 30 French lives. A U.N. peacekeeping mission in Mali since the 2013 intervention has paid a high price, with more than 200 peacekeepers killed in extremist attacks.

This year has seen a surge of deadly assaults on Mali’s military posts. The extremists add to their weapons stockpile with each raid. Fighters linked to al-Qaida and the Islamic State group have published images on social media of their spoils of war including automatic weapons, motorcycles and other vehicles.

Militants in the Sahel, the arid region south of the Sahara Desert, used to buy weapons from Libya but that market has dried up, according to one Malian government official who spoke on condition of anonymity as he was not authorized to speak with journalists.

“We believe that one of the motivations for these attacks is the search for weapons held by our military,” the official said.

Others believe the recent spike in attacks in Mali and neighboring Burkina Faso is also aimed at holding sway over more territory. Some fear that goal may be more reachable now that Mali’s military is leaving some isolated areas.

Still, the new concentration of forces “is not necessarily ceding this territory,” even though it could put convoys at greater risk of roadside bomb attacks if they are patrolling longer distances, Lebovich said.

“The question is if there really is the kind of coordinated plan from the Malian government and from international partners to make this move effective,” he said.

Concerns about the government’s response also are growing in Burkina Faso, where extremism spilled over the border several years ago.

Earlier this month suspected extremists killed at least 38 people in an ambush on a Burkinabe military escort accompanying local employees of a Canadian mining company, Semafo.

“With the continuous and dramatic aggravation of the situation in the country for four years now, the Burkinabe have come legitimately to ask questions about their ability to win this war,” said Zephirin Diabre, an opposition figure in Burkina Faso.

“People are tired of statements that count the dead and string together the presentations of condolences. They expect concrete results on the ground from the government.”