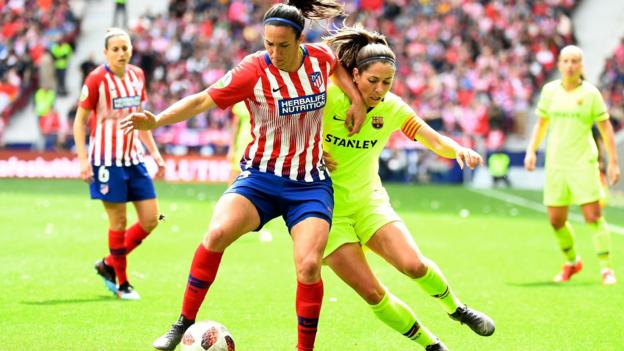 Women footballers in Spain’s top division will strike this weekend in a fight for equal pay.

Almost 200 players from 16 clubs voted to strike in October after more than a year of failed negotiations.

They are demanding a professional agreement that regulates minimum working conditions, rights to minimum wages and measures for maternity.

There are eight matches in the top league which could be affected, two on Saturday and six on Sunday.

Teams must be able to field seven players in order for games to go ahead.

A video featuring top players, including Athletic Bibao goalkeeper Ainhoa Tirapu and fellow Spain international Silvia Meseguer of Atletico Madrid, was promoted on social media by the Association of Spanish Footballers, which is the players’ union.

On the video, they say they are fighting for former players, current players and “for those who will one day be in our place”.

The action was supported by 93% of players employed by 16 clubs at a meeting in Madrid on 22 October.