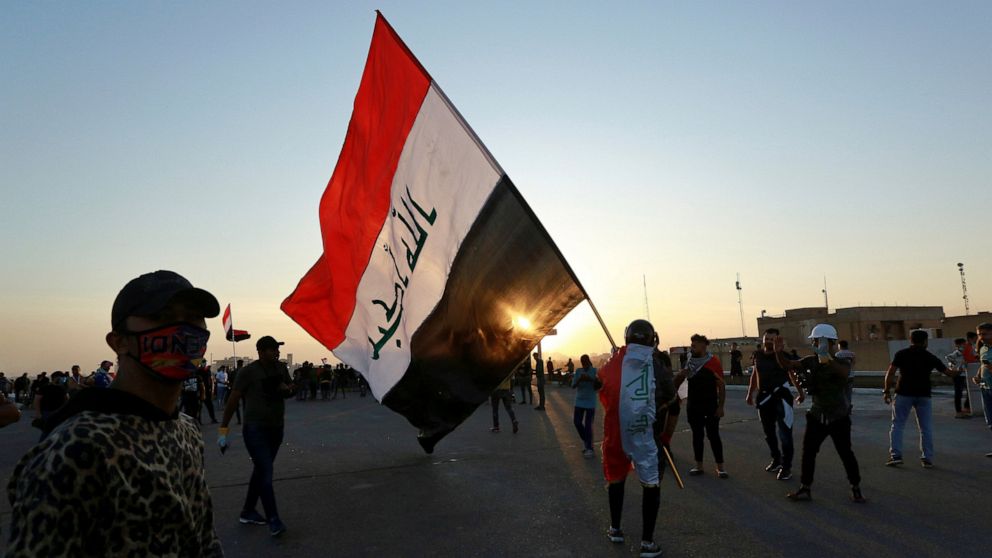 Anti-government protesters blocked roads with burning tires in parts of central and southern Iraq on Sunday, halting traffic and paralyzing work following a call for a national strike.

In the southern port city of Basra and in cities like Nasiriyah, Amara and Kut, protesters set tires ablaze to close off roads, keeping employees from reaching their work places. Schools, universities and other institutions closed for the day.

In parts of Baghdad, particularly the sprawling Sadr City neighborhood, protesters sat in the middle of the streets to prevent employees from getting to their workplaces. They also blocked roads with motorcycles and tuk-tuks, snarling traffic.

“There will be no offices open until the last corrupt person is removed” one protester said, declining to be identified for security reasons. “Only then we will pull out from here.”

At least 320 have been killed and thousands wounded since the unrest in the capital and the mostly Shiite southern provinces began on Oct. 1. Protesters have taken to the streets in the tens of thousands over what they say is widespread corruption, lack of job opportunities and poor basic services despite the country’s oil wealth.

The roadblocks are partly in response to a call by influential Shiite cleric Muqtada al-Sadr for a voluntary strike to keep up the pressure on politicians.

Meanwhile, protesters on Sunday were trying to expand their presence in Baghdad further after seizing control of a strategic central square. Protesters are also trying to reach the Ahrar bridge, after seizing part of the Sanak bridge and central Khilani Square as they press on to try to get to the heavily fortified Green Zone, the seat of government.

Iraqi security forces withdrew from Khilani Square and part of the Sanak bridge, after firing live rounds and tear gas the previous day against protesters trying to tear down a concrete barrier blocking entry to the square.

Protesters also took control of a five-story parking garage adjacent to the bridge, giving them a bird’s eye view over the Green Zone and the street below, mirroring tactics employed in Tahrir Square, where they occupied an iconic 14-story Saddam Hussein-era building that has become a reference point for demonstrators.