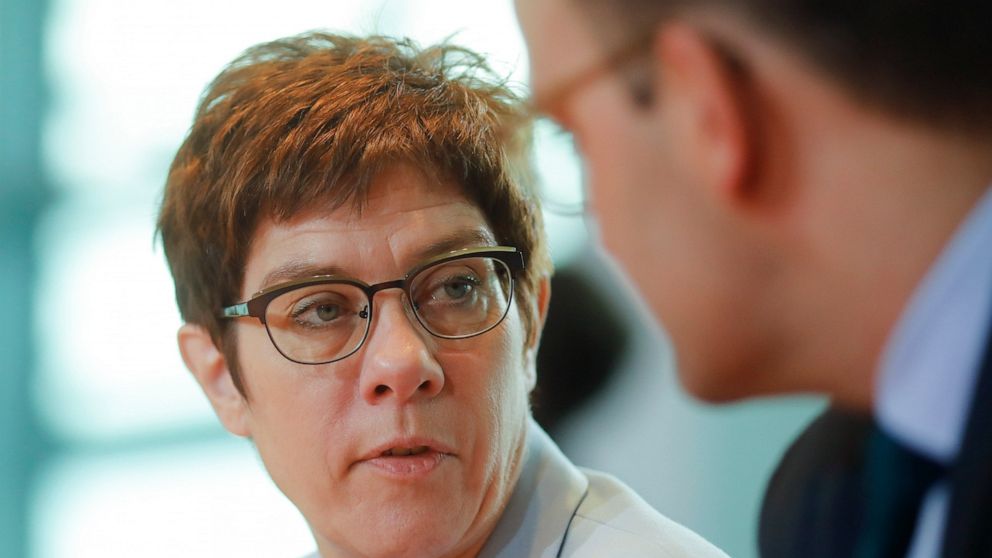 The leader of German Chancellor Angela Merkel’s party is rejecting calls for an overhaul of the accord underpinning Merkel’s often-fractious coalition government.

Merkel’s center-right Union bloc leads an alliance with the center-left Social Democrats. Halfway through the parliamentary term, the Social Democrats are choosing a new leadership and are expected to decide next month whether to stay in the coalition.

One Social Democratic leadership contender has advocated an overhaul of the coalition accord drawn up last year, as has a prominent lawmaker in Merkel’s Christian Democratic Union.

But CDU leader Annegret Kramp-Karrenbauer has made clear ahead of a party conference this week that she’s not interested. Kramp-Karrenbauer told Sunday’s edition of the Welt am Sonntag newspaper: “The coalition agreement is valid, and it most certainly will not be renegotiated.”