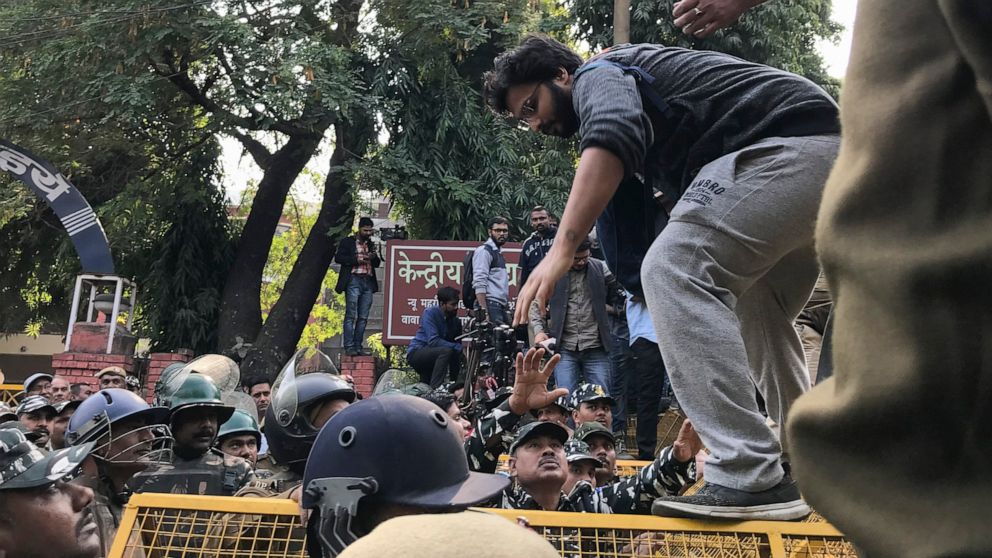 Hundreds of students from a New Delhi university are in a stand-off with police, who have stopped their march toward parliament to protest increased student housing fees.

The students want to appeal to lawmakers to intervene in their school’s decision to hike the fees, which they have been protesting for more than two weeks.