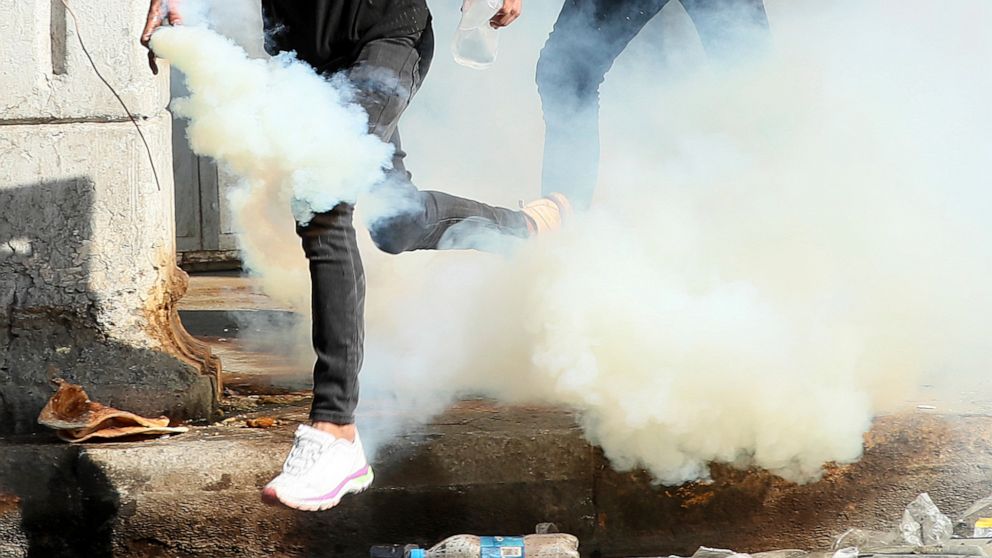 Iraqi security officials say anti-government demonstrators in the south have blocked roads leading to the country’s main port while protesters in Baghdad forced the closure of Iraq’s central bank.

A Basra official says protesters burned tires on Monday, blocking the roads to the Umm Qasr port, responsible for the bulk of the country’s commodities imports.

This is the second time the port has been blocked since the protests began on Oct. 1.

Meanwhile, staff were evacuated from the Central Bank in Baghdad, located on the famous Rasheed Street, as crowds approached the area.

On Sunday, two protesters were wounded when security forces fired tear gas in renewed confrontations with demonstrators who have been on the streets for weeks denouncing rampant government corruption, inadequate service delivery and lack of jobs.

Will.i.am accuses flight attendant of racism after police called on him

Woman falls out of moving car after argument with husband, gets killed by passing car