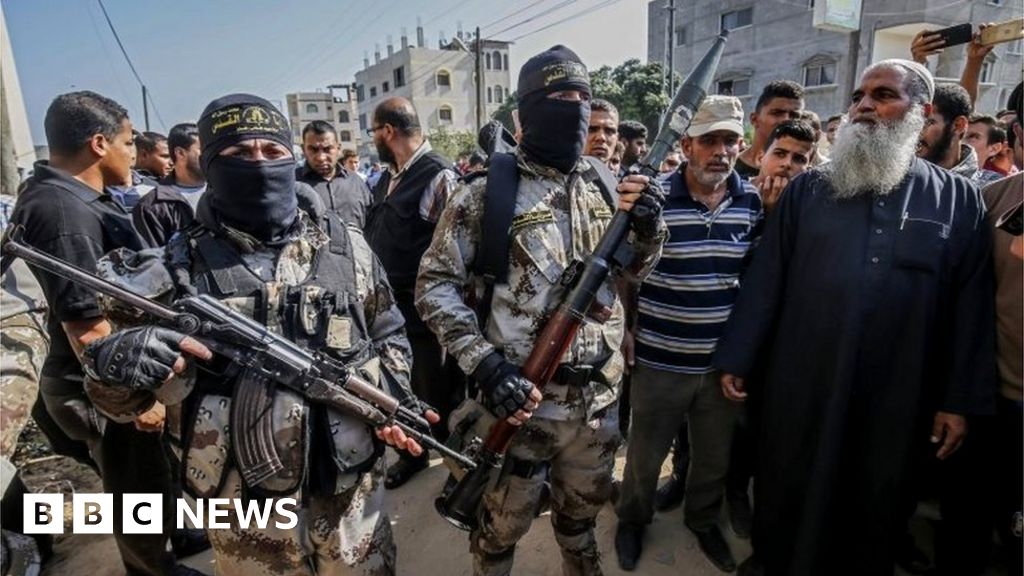 Last week’s surge of violence over Gaza was notably different from previous cross-border fighting in a major way: Hamas stayed out of it and Israel did not target its traditional foe.

Paradoxically it confirmed that Israel and Hamas – Gaza’s main Islamist movement – are committed to pursuing strategic understandings to help keep the peace.

The fighting started when Israel carried out what it called the targeted killing of a top commander in the smaller, more radical Islamic Jihad group, claiming he was planning attacks that posed an imminent threat.

These controversial operations have been rare since the 2014 Gaza war, and Islamic Jihad responded with barrages of rocket fire. It expected Hamas to join it in avenging the assassination of the commander, Baha Abu al-Ata.

Hamas, which governs Gaza, did participate in a joint operations room with other factions to discuss tactics. But it conspicuously did not launch any attacks.

That is because it was “in the Palestinian interest” to avoid an escalation, a senior Hamas official, Basem Naim, told the BBC. Gazans were already suffering enough due to dire conditions on the ground, he said, and “the regional and international atmosphere is not so helpful at this time”.

For their part, the Israelis departed from their usual practice of holding Hamas responsible for any violence emanating from Gaza. And they made clear that they were only going after Islamic Jihad.

Critics of Israeli Prime Minister Benjamin Netanyahu were quick to connect the timing of the assassination to his political struggles. They accused him of trying to use a security issue to bolster his case in coalition talks for a new government that would help him keep his job.

But the Israel Defense Forces claimed it as a military achievement. It described Baha Abu al-Ata as a belligerent troublemaker who, according to the Chief of Staff, Lt Gen Aviv Kochavi, had obstructed Israel’s efforts to achieve a long-term truce with Hamas.

His killing was certainly interpreted by Israeli media as a message to Hamas that Israel wanted to maintain these understandings, brokered by Egypt, Qatar and the United Nations a year ago.

Hamas and Israel are longtime enemies. Israel tightened its blockade of the Gaza Strip when Hamas reinforced its power there in 2007 and has since launched three major military operations to stop rocket attacks from the coastal enclave.

But it has also opted for truce arrangements as Hamas proved its staying power.

The details of this one are still being negotiated. But the trade-off is for Hamas to lower the temperature of weekly protest marches along Gaza’s border with Israel, and for Israel to ease its crippling blockade.

Crucially for the financially-strapped Hamas, a lifeline of monthly cash stipends from Qatar has been sanctioned. As for the Israeli military, it is looking to stabilise the security situation in southern Israel so it can focus on what it sees as the much bigger threat from the Lebanese militant group Hezbollah to the north.

So Israel and Hamas probably had a joint “indirect” interest in seeing the end of the Islamic Jihad commander, says Mukhaimer Abu Saada, a political scientist at Al-Azhar University in Gaza.

“It’s not easy for me as a Palestinian to say there was a mutual interest between Hamas and Israel in the assassination of Baha Abu al-Ata,” he told the BBC, “but let me say that Hamas wasn’t happy about [his] behaviour: he was responsible on many occasions for violating the ceasefire agreement with Israel by launching rockets against Israeli towns and villages adjacent to the Gaza Strip.”

Nevertheless, Hamas was in a delicate position. Its decision to distance itself from the conflict led to some public anger – especially after eight members of the same family, including children, were killed in an Israeli air strike – and to sharp tensions with Islamic Jihad.

It reportedly at one point threatened to withdraw from the joint operations room. And sporadic rocket fire continued after Egypt mediated an agreement to end the fighting.

Basem Naim played down the differences between the two groups. He insisted Hamas had not abandoned its commitment to armed resistance against the Israeli occupation, what Israel and many Western countries call terrorism.

“Maybe we, based on our interests, sometimes decide to postpone or decrease our response [to Israeli strikes], but that doesn’t mean we don’t have the right to continue our struggle,” he said. “It is not our role to work as a police force for the occupation, and if we have to decide internally to stop, this is based on Palestinian dialogue, not a response to Israeli wishes or plans.”

According to commentary in Israel’s Yedioth Ahronoth newspaper the security establishment believes it has improved the chances of a truce arrangement with Hamas and expects politicians to translate the “relatively successful round of fighting” into diplomatic gains.

From Hamas’ point of view, says Mukhaimer Abu Saada, that depends on whether Israel eases its blockade.

“If Israel is going to alleviate the daily life conditions in Gaza I can guarantee you Hamas will continue the ceasefire understandings,” he says. “But if the situation doesn’t improve, it’s only a matter of time before the next escalation will happen.”