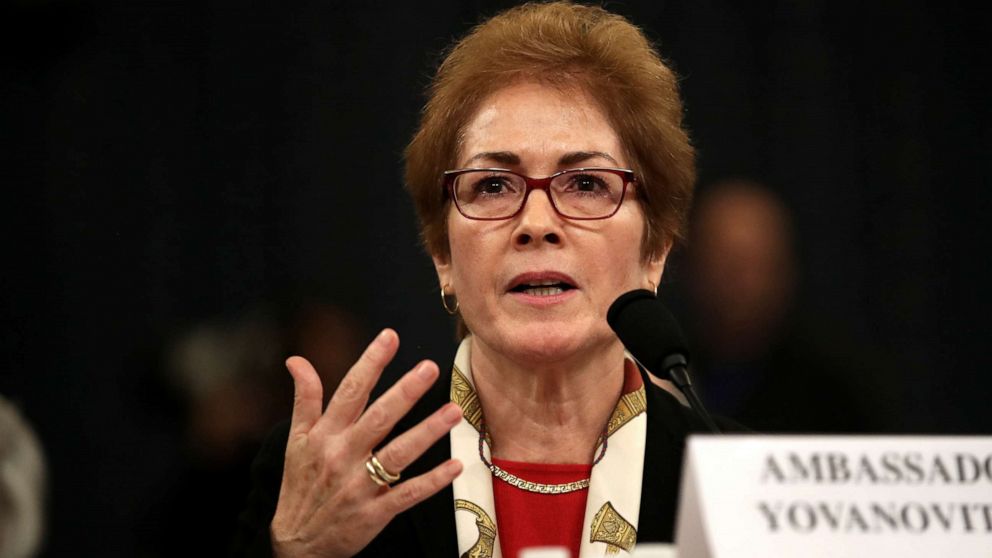 The impeachment inquiry enters a second week of public hearings with several key witnesses set to testify, including U.S. Ambassador to the European Union Gordon Sondland, who was in direct contact with President Donald Trump on military aid to Ukraine and the push for investigations into former Vice President Joe Biden and his son Hunter.

“[Sondland] is the only person that got his job at the hands of President Trump — a mega donor to the Trump inaugural fund, donating over $1 million — so to hear someone that actually Trump cannot say is a ‘never-Trumper’ because he got his job from Donald Trump, that is going to be very stunning testimony,” Santucci says.

Britain’s Prince Andrew addressed his relationship with accused sex trafficker and convicted sex offender Jeffrey Epstein in a new interview with the BBC, insisting he never saw any indication of unlawful conduct involving Epstein and underage girls, but stopped short of saying he regretted his friendship.

“Do I regret the fact that he has quite obviously conducted himself in a manner unbecoming? Yes,” he told the BBC.

The Duke of York also categorically denied that he ever had sex with Virginia Roberts Giuffre, an alleged sex-trafficking victim of Epstein, who claims she was forced to have sex with Prince Andrew on multiple occasions as a teenager.

“I have no recollection of ever meeting this lady. None, whatsoever,” he said to the BBC.

“What people are telling pollsters is that they like the fact that he is just right on the issues,” ABC News Political Director Rick Klein tells the podcast. “He’s not too far left, he’s not too far right and in this poll and others we have seen Democrats put a real premium on the ability to defeat Donald Trump and that would seem to be with a candidate of the center.”

Missing mother: A 22-year-old mom of two young children disappeared five days ago after texting her mother to say she was going to meet a friend.

Bound, robbed and killed: Authorities in the Dominican Republic have arrested six people in connection with the brutal murder of a U.S. woman who was teaching in the country.

‘Please turn yourself in’: The mother of a Marine accused of murder is pleading with her son to turn himself in after more than a week on the run.

‘God’s been calling me for a long time’: Rapper Kanye West visited Joel Osteen’s megachurch in Houston on Sunday to spread the word of God with wife Kim Kardashian West in tow.

From our friends at FiveThirtyEight:

Inside the Buttigieg moment: A campaign confronts its whiteness as its candidate’s popularity grows.

You might want to pay special attention to the snowflakes adorning Walt Disney World’s Animal Kingdom. The meaningful story behind their handmade creation will melt your heart this winter.

The snowflakes were designed and created by the artisans at the Augusta Training Shop, a nonprofit organization that provides jobs for adults with physical and cognitive disabilities, based in Augusta, Georgia.

“What Disney has done for us has breathed new life into these hearts and these hands,” said Audrey Murell, executive director of the Augusta Training Shop.