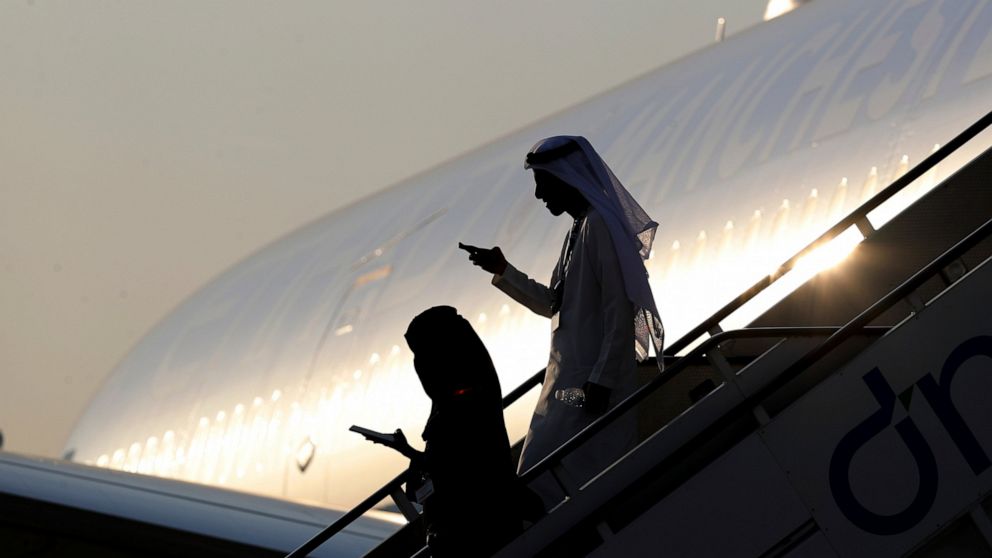 The Latest on news from the Dubai Air Show (all times local):

The Emirati budget carrier Air Arabia has announced the purchase of 120 new Airbus planes in a deal worth $14 billion.

The airline, which operates mainly out of the emirate of Sharjah, already has a fleet entirely made up of 53 Airbus aircraft — 52 A320s and one A321 Neo.

The announcement on Monday was made at the biennial Dubai Airshow, which began on Sunday and runs through Thursday.

It comes after one of the country’s main carriers, Abu Dhabi Etihad Group, announced recently a joint venture with Air Arabia to launch Air Arabia Abu Dhabi, the first low-cost airline based in Abu Dhabi.

The Dubai-based airline Emirates has announced a new order for 20 additional wide-body A350-900 planes in a deal worth $6.4 billion.

This brings the airline’s total order for the aircraft to 50 Airbus A350s costing $16 billion at list price.

The announcement came on Monday at Dubai’s Airshow, the Middle East’s biggest aviation event. It was also the largest order at the biennial airshow that’s seen a slowdown of big purchases by Gulf Mideast carriers.

Abu Dhabi’s flagship carrier Etihad has partnered with Boeing to launch what they say will be one of the world’s most fuel-efficient long haul airplanes as the company seeks to save costs on fuel and position itself as a more environmentally-conscious choice for travelers.

Etihad’s “Greenliner” is a 787 Dreamliner that will depart on its first route from Abu Dhabi to Brussels next year. Etihad’s CEO Tony Douglas described the aircraft as a flying laboratory for testing that could benefit the entire industry.

As fuel costs eat up a quarter of airline spending, Douglas said Monday the goal of the Greenliner is to be 20% more fuel efficient than other aircraft in Etihad’s fleet.

Aviation accounts for a small but rapidly growing share of greenhouse-gas emissions — about 2.5% worldwide.