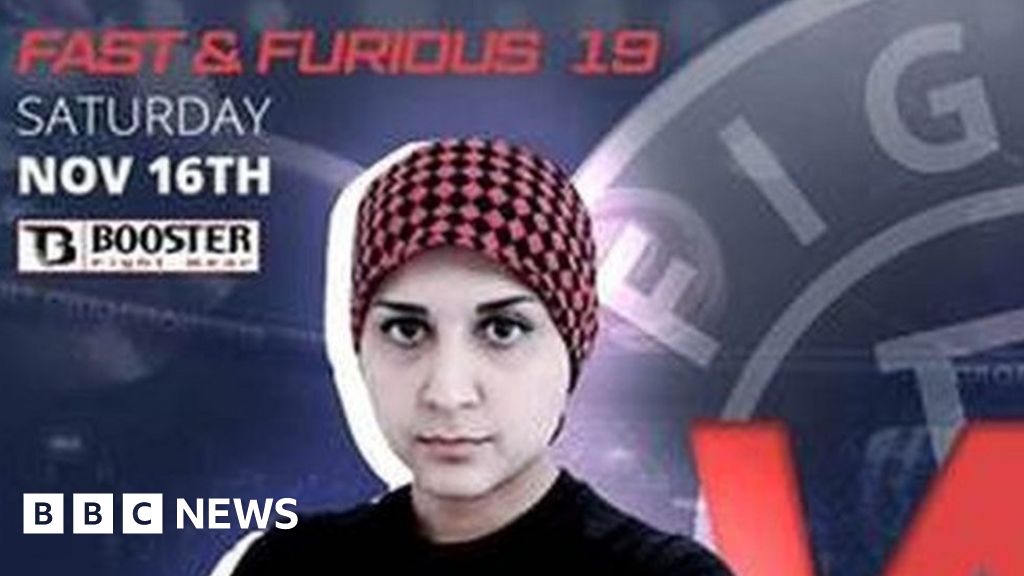 Tributes have been paid to a 26-year-old “popular” amateur Mixed Martial Arts fighter who died after suffering a brain injury during a match.

Saeideh Aletaha was critically injured at a Fast and Furious Fight Series event in Southampton on Saturday night.

Stonehenge CrossFit gym said the fighter, known as Sai, was one of its “most dedicated, smiley” members.

It added that more than 30 friends visited her in hospital on Sunday to say goodbye before she died.

Ms Aletaha was taken to Southampton General Hospital with a brain injury shortly before 21:00 GMT on Saturday.

Posting on Facebook, organisers of the Fast & Furious Fight Series (FFS) event said their thoughts were with the family and friends of Ms Aletaha and if anyone needed support “please come to us or your coaches.”

Stonehenge CrossFit gym said Ms Aletaha, who had been a member for more than three years, was “popular, kind and liked by everyone”.

Owner Scott Healey said: “It’s testament to her popularity that friends camped out at the hospital for the day while her family was contacted.

“She took part in competitions, was friends with all she met, had time for everybody and was a tireless worker when she trained.”

In a further tribute, a social media user posted on Exile Gym’s Facebook page: “Her dedication to the sport was 110% travelling miles every day just to train.”

The event organisers added: “Safety is not something ever skimped on in any of our 19 shows and all matches are made equal.

“We make the environment as safe as possible with pre and post medicals from a doctor, and full medical cover throughout.”

According to her social media profiles, Ms Aletaha, originally from Iran, was a product design engineer living in Salisbury.

Hampshire Constabulary said it had launched an investigation into her death.