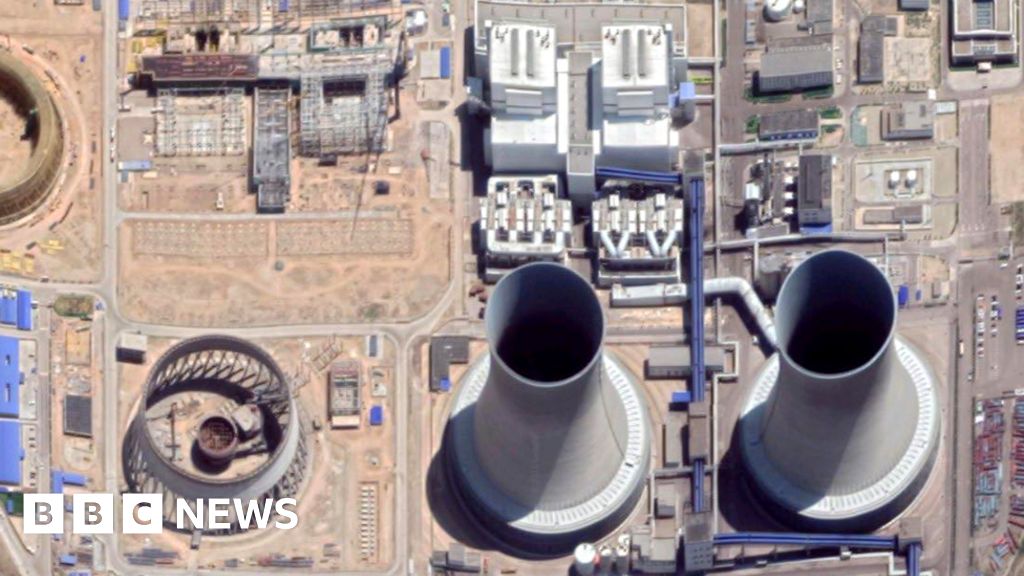 While the rest of the world has cut coal-based electricity over the past 18 months, China has added enough to power 31 million homes.

That’s according to a study that says China is now in the process of building or reviving coal equivalent to the EU’s entire generating capacity.

China is also financing around a quarter of all proposed coal plants outside its borders.

Researchers say the surge is a major threat to the Paris climate targets.

China’s reliance on coal as a key step in developing the economy led to the fabled “one coal plant a week” building programme between 2006 and 2015.

But the push had many negative consequences, choking the air with pollution in many Chinese cities and leading to huge overcapacity. Many of these plants were only able to run 50% of the time.

In 2015, in an attempt to curb the growth, the national government tried to clamp down on new-build coal. However, it continued to allow provincial governments the freedom to issue permits for new coal plants. That move misfired badly.

Local authorities subsequently permitted up to five times more plants than in any comparable period.

According to Ted Nace, from coal researchers Global Energy Monitor, it was like a “snake swallowing a goat”.

“This goat that the snake swallowed is still moving through the snake, and it’s coming out in the form of another 20% in the Chinese coal fleet on top of a fleet that was already over-built,” Mr Nace added.

The researchers say that through 2018 and up to June 2019, countries outside of China cut their coal power capacity by 8.1 gigawatts (GW). In the same period, China added 43GW, enough to power around 31 million homes.

The authors say that right now the amount of coal power under construction or under suspension and likely to be revived is about 147.7GW, an amount that is almost the same as the entire coal generating capacity of the European Union (150GW).

Compared to the rest of the world, China is building about 50% more coal plants than are under construction in all other countries combined.

The Chinese government has signalled that it wants to rely less on coal for the country’s energy production and is making some headway cutting coal’s share of total energy from 68% in 2012 to 59% in 2018.

However, despite the share going down, absolute coal consumption has gone up in line with overall energy demand.

What concerns the researchers is that within China, coal and electricity industry groups are pushing for an even bigger increase in the country’s overall coal power capacity.

“The thing we are super worried about is that industry has actually organised to keep the whole thing going,” said Ted Nace.

“There are three different powerful trade groups, proposing to increase the coal fleet by 40%. This is sheer madness at this point.”

China is also busy financing coal development outside the country, funding over a quarter of all the coal plants outside its borders in countries like South Africa, Pakistan and Bangladesh.

Observers outside of China say they are concerned that by building or permitting these plants, the authorities are locking in a form of power generation that just doesn’t make sense economically.

“The economics will not be borne out,” said Mark Lewis, head of climate change investment research at BNP Paribas Asset Management.

“I would argue that almost all this new capacity that’s being added will never make the economic return on which they have been premised. Those assets that are coming online now will have to be written down; they will be stranded assets essentially.”

The bigger question is how this new coal will affect the ability of the world to meet the targets set out in the Paris climate agreement.

The researchers say that by 2030, China needs to reduce its coal power capacity by over 40% from current levels in order to meet the reductions required to hold global warming well below 2C.

“China’s proposed coal expansion is so far out of alignment with the Paris Agreement that it would put the necessary reductions in coal power out of reach, even if every other country were to completely eliminate its coal fleet,” said co-author Christine Shearer of Global Energy Monitor.

“Instead of expanding further, China needs to make significant reductions to its coal fleet over the coming decade.”

Global Energy Monitor was originally known as Coal Swarm and has received funding from environmental groups, including the ClimateWorks Foundation, the Rockefeller Family fund, the US National Resources Defence Council, the European Climate Foundation, among others.