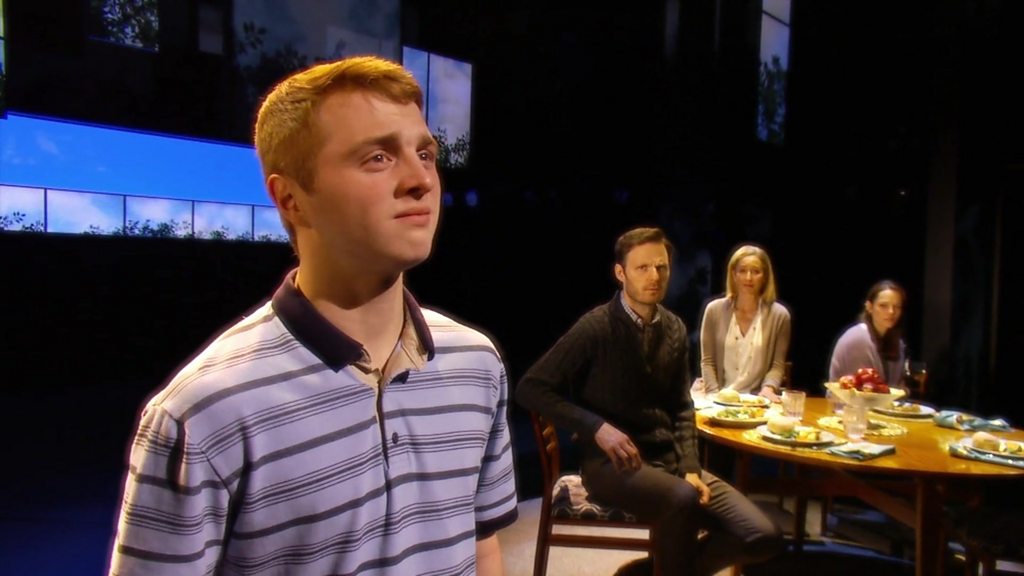 For something which is often well-intentioned, “grief tourism” is a particularly crude term.

It was first assigned to those who attend memorial services or visit home towns of people who have died, despite having no personal connection to the deceased.

In the age of social media, however, its meaning has expanded.

Nowadays, with celebrities in particular, many of us post online tributes when someone dies, expressing sorrow as if the famous figure was a close friend or family member.

Often, if a member of the public feels they’ve grown up with a particular pop star or broadcaster, the personal connection may well feel very real indeed.

Dear Evan Hansen, a Tony-winning musical that has just opened in London’s West End, takes this idea to its extreme.

The show’s title character struggles to fit in and make friends at school. So when a classmate, Connor Murphy, takes his own life, Evan pretends the pair had a close friendship.

One lie spirals into another, as memorial fundraising campaigns are set up and Hansen becomes popular at school for the false memories he shares of his time with Connor.

“One of the things we wanted to get at was just touching on that phenomenon and presenting it, but also trying to poke at it and drill down on it and say ‘what is it that makes each of us susceptible to doing that?'” asks Justin Paul, who wrote the show’s music and lyrics with Benj Pasek.

“‘Why is grief tourism a thing? Why has it become a thing?'”

Lead actor Sam Tutty, who is making his West End debut in the show, admits it’s a familiar concept to most of us.

“Ninety percent of the time, I can identify with grief tourism,” he says. “I’ve been in situations where people have been like ‘Oh, it’s so sad’, even for celebrities. And it’s like ‘come on’, but I’m totally guilty of it as well.

“I think that whole message is kind of unspoken and taboo. It is a really interesting topic and I’m pleased it’s so prevalent within the piece.”

The show’s West End debut has received warm reviews from The Times, The Stage and The Telegraph, all of whom awarded it four stars.

“It captures the agonies of youth, allows the songs to grow out of the action and boasts a great role, here memorably taken by Sam Tutty, for its lead actor,” wrote Michael Billington in The Guardian.

In his four-star review, however, Billington suggests the optimistic ending is arguably unrealistic.

“If I didn’t totally surrender to the show, it is because it lacks the courage to admit that high anxiety is not so easily cured,” he writes.

Paul Taylor of The Independent awarded the show five stars but made a similar point, questioning “the redemptive lack of recrimination in the uplift of the close”.

Writing in the Evening Standard, meanwhile, critic Nick Curtis said the “sympathy the show demands for Evan… feels a stretch”.

While the tendency towards happy endings in West End shows is understandable, book writer Steven Levenson says his priority was simply to get people thinking about their own conduct after death.

“I think we just hope that it allows people to ask questions about their own behaviour online, and how we all kind of present a certain version of ourselves to the public versus who we really are,” he says.

“I think [grief tourism] is one of the fascinating and troubling things about the internet.”

The show raises a range of other issues too, including depression and social anxiety. The themes are unusually dark for what is an otherwise fairly traditional musical.

For Pasek, the show takes on a new meaning with its London transfer. “In the UK in particular, a lot of British audiences and folks that I know that are from here have talked about the stiff upper lip in this culture.”

Dear Evan Hensen, he explains, is about “beginning to really dismantle the stiff upper lip and the idea of emotional accessibility and talking about things that are difficult to talk about, the taboo subjects.

“[It’s about] talking about therapy, depression, loneliness and not just presenting a version of ourselves that we’re okay and we’re Teflon, we’re invincible.

“Everyone is struggling with something, and if we can present and show the vulnerable parts of ourselves, we realise that so many other people are going through similar things, and that we’re loveable, even if we feel like we’re broken.”

The standing ovation at the show’s opening night on Tuesday suggests it will go down as well in London as it has on Broadway – even if, as director Michael Greif acknowledges, one or two tweaks had to be made to the script.

“There are certain issues that don’t mean as much to a British company,” he explains. “What senior year means to a bunch of 17-year-olds in America is slightly different I think.

“The notion of one family offering tuition to another family also needed a bit of translation. We changed a couple of references, there were a few little tweaks, but the issues are the issues.

“They really are universal, and it translated beautifully.”