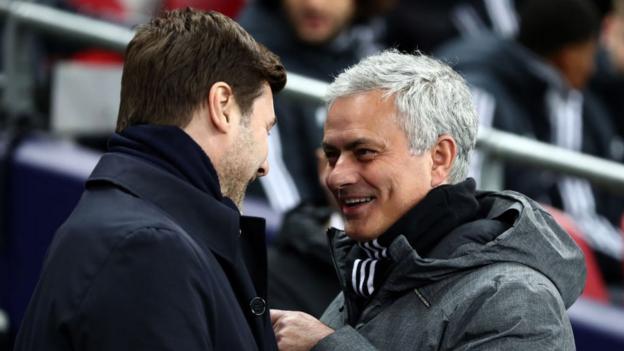 Jose Mourinho is in unfamiliar territory as he takes charge at Tottenham Hotspur following the sacking of Mauricio Pochettino.

Mourinho’s arrival at a new club is usually a source of optimism because he invariably brings a guarantee of the silverware that has eluded Spurs since their 2008 League Cup win.

Not this time. This time he is replacing a hugely popular figure whose dismissal has angered many Tottenham fans, who then doubled down on their discontent by questioning the Portuguese’s suitability to succeed Pochettino.

So is Mourinho the right man for Spurs?

Can he work with Levy?

Tottenham chairman Daniel Levy is fulfilling an ambition by appointing Mourinho, who once revealed he had an offer from Spurs as far back as 2007, claiming they tried to agree compensation for a clause relating to his departure from Chelsea in 2006 that prevented him working in the Premier League for two years.

He finally has his man but will he find – as others have – that while Mourinho may bring some of the success he craves, he is also a high-maintenance, boom-and-bust manager whose time in charge usually ends in tears. Lots of them.

And how will Mourinho cope with Levy’s caution with the pursestrings?

It was a source of tension for Pochettino, who worked on a shoestring compared to his rivals. Spurs did not buy a player for two successive transfer windows, and the Argentine suggested before the start of this season his title should be changed from manager to head coach, such was his lack of influence and control outside the playing arena.

Mourinho does not come cheap. And he does not work cheap either.

Tottenham are proud of the club’s academy and see the likes of England midfielder Harry Winks as a signpost to the future; Mourinho often gives the impression of not caring whether an academy exists.

It is hard to imagine Levy signing off on an £89m fee for Paul Pogba, £75m for Romelu Lukaku, or £52m for Fred, as Ed Woodward did at Manchester United.

When I put Mourinho’s name to one club recently, the instant response was: “He’d want £250m for new players before he sat down at his desk.”

Spurs and Levy do not work like that – or at least they have not under Pochettino. After arriving from Southampton in May 2014, he spent £394m on players but recouped £295m.

Pochettino was prepared to work, for a time at least, within that template as he achieved four straight top-four finishes in the Premier League and reached the club’s first Champions League final.

Levy may cut Mourinho more slack than Pochettino, though. This is a Tottenham team in serious need of renewal and his new manager simply does not work without ready-made, expensive players.

They say that good marriages require a bit of give and take. In transfer terms, Mourinho has always wanted owners to give so he could take – while, in the same context, Levy has been reluctant to give.

The Spurs chairman may be in a more benevolent mood given he has wanted Mourinho for so long, but it takes a long stretch of the imagination to believe this relationship between two such strong and single-minded individuals will not have its tensions.

Can Mourinho win over the fans?

Tottenham’s motto is: “To dare is to do.” It is emblazoned all around their magnificent new £1bn stadium.

Mourinho is not a manager who dares, and that is something Spurs fans are already wary about – despite his track record of winning three Premier Leagues, plus league titles in three other countries, and two Champions Leagues. The so-called failure at Manchester United still included Carabao Cup and Europa League success in his first season.

Yes, many Spurs fans had questioned Pochettino’s approach and demeanour this season, but the 47-year-old still retained huge affection and admiration for what he had achieved.

Mourinho’s arrival has not just been greeted in many quarters with suspicion and incredulity, but also hostility on two counts.

He is taking over from a manager loved by supporters who feel he was sacked in haste – and this is not the Mourinho who walked into his previous jobs. The Portuguese has left a shambles behind him after his past two jobs at Chelsea and United, both in terms of the team and morale at the club.

Pochettino was a unifying figure for most of his time at Spurs. Mourinho is confrontational and divisive. He also needs to prove he is not a busted flush, a man out of his time compared to Pep Guardiola and Jurgen Klopp.

The Argentine made an emotional connection with Spurs fans, who warmed to him and his personality. Mourinho is not interested in warmth and emotion – only results.

He is also ruthless and pragmatic – which brings us neatly on to his style of play.

Tottenham supporters bought into the fast-paced, intense, pressing style of Pochettino’s teams. They have been attractive to watch while moving into Europe’s elite group.

Mourinho’s style is set in stone and, it should be stressed, has been successful – but it is the opposite to Pochettino. Solid, organised, get the job done fare.

Spurs fans may accept that in these reduced circumstances – but for how long?

Mourinho is also the polar opposite of Pochettino when it comes to man-management.

Until the tension-fuelled final months when the Pochettino became unsettled and a more distant figure, he forged the closest of bonds with his players.

Mourinho, in contrast, is hardline. He constantly puts players to the test and can be ruthlessly dismissive when those demands are not met.

Pochettino could certainly see players off when no longer fitting his system, but he was largely a supportive, sympathetic figure. He would encourage individuals who struggled patiently in the hope they would eventually benefit the team.

This has not always been the case with Mourinho – as Kevin de Bruyne and Mohamed Salah may testify.

He will need to tread carefully, with the whispers starting about striker Harry Kane’s future and the likes of midfielder Christian Eriksen looking for an exit.

Mourinho’s approach will be a shock to Spurs’ system. It could be exactly what they need – but it is not without risk.

Which Mourinho will Spurs get?

This will be the deciding factor on determining whether Levy’s gamble works.

Will it be the Mourinho who had such success in two spells at Chelsea, or the Mourinho who was so disconnected at Manchester United, living in a hotel while keeping a base in London and eventually sacked, unloved and surrounded by ill-feeling?

Will it be the smart, humorous Mourinho who produced winning teams, or the embittered individual who raged at the world in his final months at Old Trafford?

Levy, evidently, is banking on the former in both cases.

At least Mourinho lives in the same city as the club he will be managing, which is a start.

The 56-year-old has spent time on rejuvenation in his 11-month absence from the game, insisting he has learned from past mistakes, shaping a new backroom staff and even entering the world of television punditry.

Now we will know if Mourinho is prepared to change, to modernise his approach and to recognise his previous flaws in an attempt to restore the old glories in his shiny new surroundings at Spurs.

Only time will tell. But, as ever, it will be pure theatre.