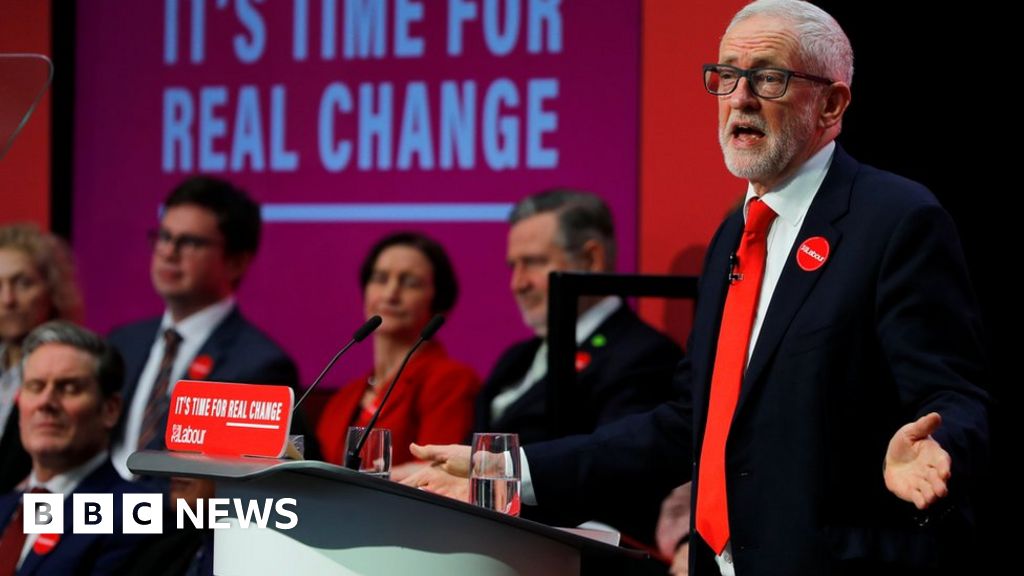 The Labour Party has said it will negotiate a new Brexit deal that would not effectively create a regulatory border in the Irish Sea.

The party made the pledge in its general election manifesto.

The deal agreed between Prime Minister Boris Johnson and the EU would mean a regulatory border would be in place.

Northern Ireland would continue to follow EU regulations on goods and agriculture but the rest of the UK would not.

That is likely to mean new checks on some goods at Irish Sea ports, particularly on food products.

Labour said it would avoid such a border through a deal in which the whole of the UK would have “close alignment” with the EU single market.

The precise details of that close alignment are not spelled out.

The party has also restated its position of forming a customs union with the EU.

It said a “permanent and comprehensive” UK-wide customs union is “vital to protect our manufacturing industry and allows the UK to benefit from joint UK-EU trade deals and is backed by businesses and trade unions”.

Under the prime minister’s deal the UK would leave the EU’s customs union but Northern Ireland would continue to apply EU customs rules.

That would mean goods entering Northern Ireland from Great Britain which are deemed to be at risk of being moved to the Republic of Ireland would be subject to EU tariffs.

The tariff could be rebated if it could be shown the goods were consumed in Northern Ireland.

Goods from non-EU countries would be subject to the same process.

Last week a trade expert suggested that more than 60% of goods entering Northern Ireland from Great Britain could be subject to tariffs under that arrangement.