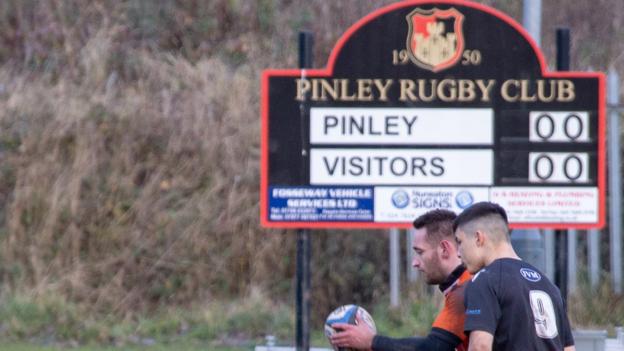 Nobody likes a 0-0 draw, let’s be honest – and that’s just in football matches.

But in the case of Coventry-based Pinley’s Midlands 2 West (South) meeting with Sutton Coldfield side Spartans at Wyken Croft last Saturday, they are still shaking their heads.

A 0-0 draw has happened at a higher club level, and twice in international matches – and once before in Coventry when an England rugby trial game back in the 1960s at Coundon Road was scoreless.

But at a level of rugby not usually covered in great depth, the seventh tier in the English rugby pyramid, this game has made headlines at both local and national level.

There were six missed penalties – one from in front of the posts – a sin-binning and a knock-on from one poor butter-fingered winger five metres from the line just when he looked poised to cross the whitewash.

Pinley president Gary Marks was still struggling to explain it when he spoke to BBC Coventry & Warwickshire’s weekly Rugby Show – and was adamant that the match was a lot more entertaining than the scoreline might suggest.

“The game had everything except points,” he said. “We had a yellow card, all those missed penalties and one hit the post.

“The conditions weren’t actually that bad. It was cold but the rain held off and our pitch held up well. It was just that the two defences won the day.

“The people on social media saying it was dull obviously weren’t there.”

Already this season, English club rugby has served up one unlikely scoreline, when, in a fifth-tier Midlands Premier game, Bromsgrove cashed in on a two-man numerical advantage to run in 36 tries and beat visiting South Leicester 240-0

But Pinley v Spartans was at the other end of the scale.

With similar scoring records, they each averaged 13 points per game going into the match at Wyken Croft. So how they managed to go 80 minutes without scoring remains a mystery.

“It wasn’t a bad game at all,” said Marks. “But, if they’d played on for another 30 minutes, nobody would have scored. It was that kind of day.

“Spartans had three penalties in the last 15 minutes and missed them all. The last one hit the post and bounced back.

“It has to be said though, there was a lot of laughing at the final whistle among both sets of players and a good spirit.”

There was also a happy ending too. “The draw lifts us out of the relegation zone,” added Marks.

Other pairs of spectacles

And let’s not forget the very first international match ever played, Scotland v England in Edinburgh in March 1871, which ended in a 1-0 win to the home side.

How is that possible? Because in that game a try counted for nothing, except to give the teams the chance to kick a goal, worth one point – and only one of three kicks attempted was successful.