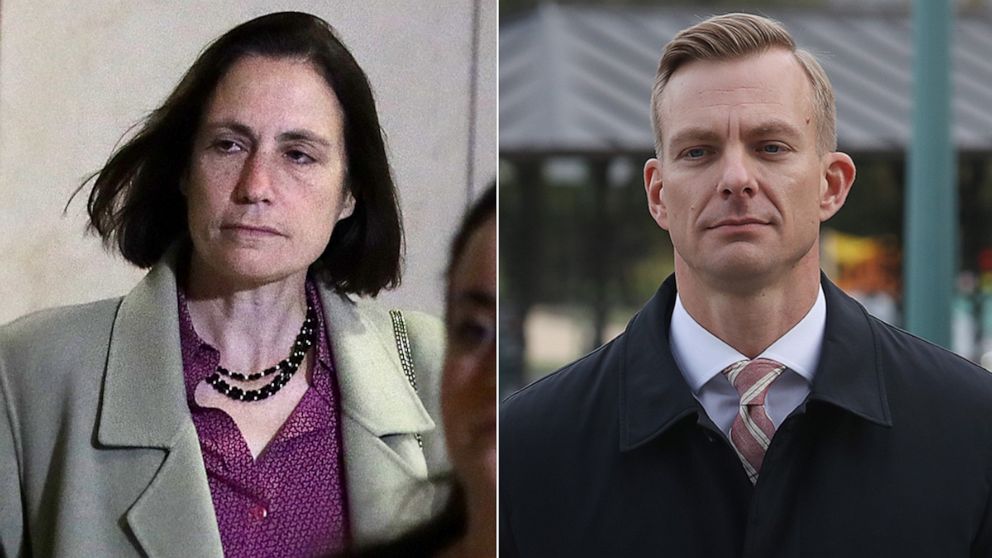 On Day 5 of the House impeachment hearings, Fiona Hill, former Russia expert for the National Security Council, and David Holmes, political counselor at U.S. embassy in Ukraine, will appear before lawmakers Thursday morning following a day of explosive testimony on Wednesday.

In October, Hill described a July 10 White House meeting with Ukrainian officials in which Gordon Sondland, Trump’s pick for ambassador to the European Union, pressured Ukraine for a political investigation and insisted acting White House chief of staff Mick Mulvaney had agreed to the plan. Following the meeting, Hill said John Bolton, the president’s national security adviser at the time, told her to tell the president’s legal adviser, “that I am not part of whatever drug deal Sondland and Mulvaney are cooking up,” according to a transcript of her closed-door testimony.

Last week, on the first day of public testimony, William Taylor, the top U.S. diplomat to Ukraine, told lawmakers about a phone call on July 26 between Sondland and President Donald Trump that was apparently overheard by one of Taylor’s staffers, Holmes.

On Friday, behind closed doors and under subpoena, Holmes described the phone conversation he said he overheard between the president and Sondland about “the investigations.”

“I then heard President Trump ask, ‘So he’s gonna do the investigation?’ Ambassador Sondland replied that ‘he’s gonna do it,'” and that Zelenskiy “will do ‘anything you ask him to,'” Holmes said in his opening statement. He added that Trump’s voice was so loud that Sondland had to hold the phone away from his ear.

Later in his statement, Holmes said, “I noted there was ‘big stuff’ going on in Ukraine, like a war with Russia, and Ambassador Sondland replied that he meant ‘big stuff’ that benefits the President, like the ‘Biden investigation’ that Mr. Giuliani was pushing.”