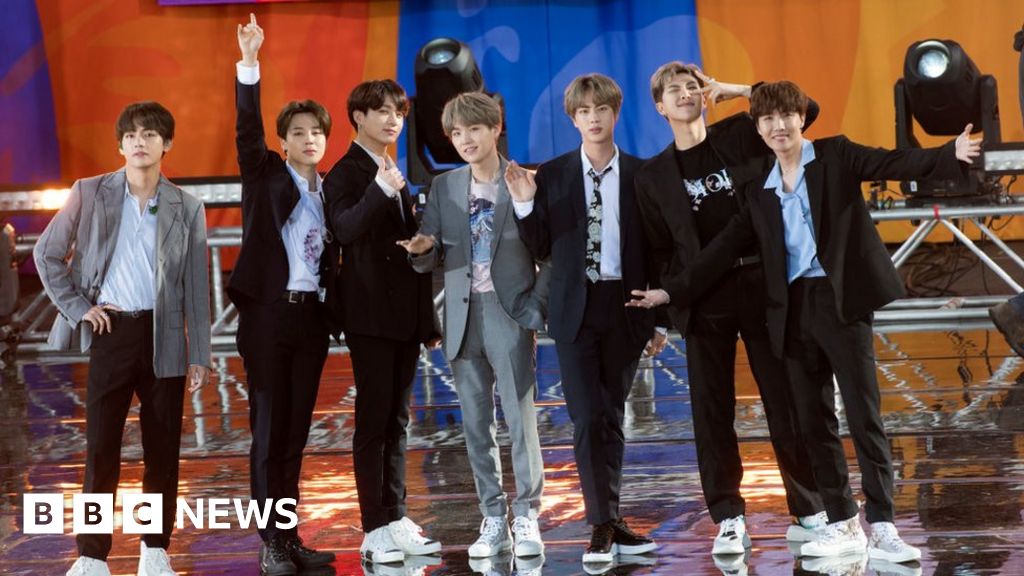 It’s been confirmed BTS will have to complete South Korea’s compulsory military service.

Despite fans calling for the group to get special treatment, and the country’s culture minister, Park Yang-woo, reportedly saying he “wishes” he “could allow exemptions” – all seven members will have to take part.

So what does it mean for the future of the band?

What will they have to do?

Pretty much all able-bodied South Korean men must start almost two years of military service by the time they are 28.

Exceptions are rare but have been made for some classical musicians and athletes who win international competitions.

“A lot of fans were saying they deserve an exemption,” says Taylor Glasby, a freelance music journalist who has written a lot about K-pop over the past decade.

“They’ve brought so much pride and a lot of money to the country but idols have never been exempt.”

Taylor, who has worked with closely the band in the past, says BTS have never expected to not do their bit.

“Every K-pop fan knows if your bias is towards a male group, then your favourite band is heading towards the army at some point.”

She suggests lots of K-pop groups “tend to last the five to seven” years so by the time they get to service age their time in the spotlight is over.

“However with BTS, because of their longevity, everybody knows these boys are going away to serve.”

All service includes basic training before going on to various roles within the military.

When will they do it?

Jin is the oldest member of the band so will reach 28 in December 2020.

But with the youngest member, Jungkook, only turning 22 in September questions have been raised about how the band will work through their different service periods.

Taylor says they could potentially continue without the full band.

“A lot of K-pop groups have had time to establish members as solo acts, so when they go away they stagger it out,” explains Taylor.

“With BTS if they were to do that, because of the age gap, we wouldn’t have a full band for years.”

But she suggests the choice is out of the group’s hands.

“What’s the least amount of damage it could do to the fans?

“They could apply for the group to do service together, but whether that is approved by the government is another thing.

“Really it’s entirely up to the military. And they’ve only ever said ‘we’re ready to do our time’.”

Taylor points out that other groups have taken different approaches to their commitments.

“With a band like Shinee, three of the members are currently in the military and another is doing solo work,” says Taylor.

“Similarly, in VIXX there are a couple of members in service and others doing solo stuff.”

Can they still be in BTS during service?

Once you’re in the South Korean military you can have short breaks to see family but it’s expected that everyone’s focus is on military work so they can’t do anything else.

That said, Taylor thinks a potential BTS black hole is avoidable and can’t see their fan base going anywhere.

If they all go together, I doubt any fans moving away from BTS.

“We probably wouldn’t get any recorded content from them while they’re in but they may stockpile stuff to come out while they’re away.

“If they stagger their time then there’s a lot of potential for solo records… the things they could do are fairly endless because they won’t have the schedule they do at the moment.”