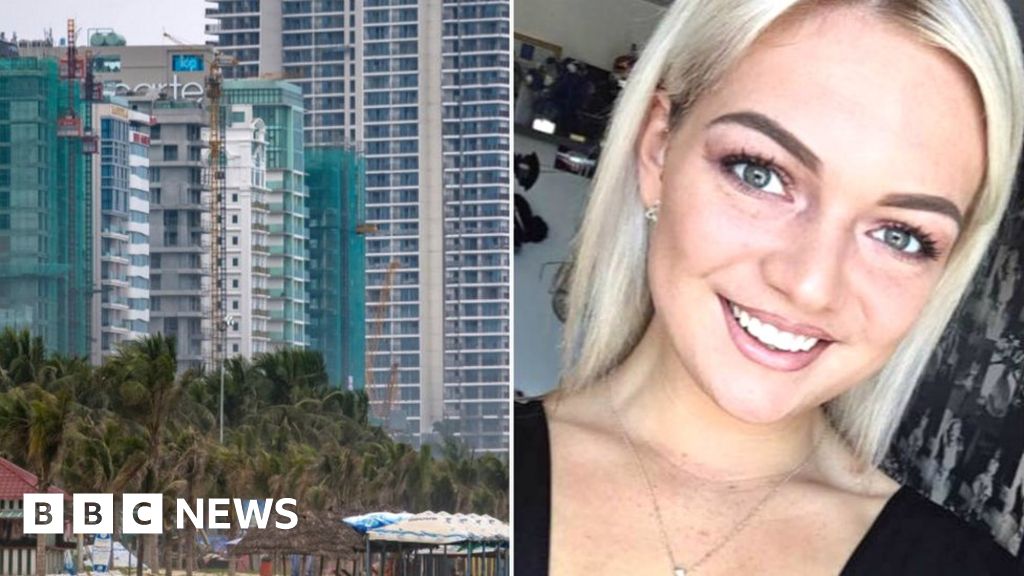 An Edinburgh fitness instructor who was put into a coma to save her life in Vietnam is due to return to the UK.

Mekala Osborne developed a virus similar to pneumonia while travelling in September.

Her condition deteriorated so badly her family was told she had a 5% chance of survival.

But after being induced into a coma and moved to a hospital in Singapore, she will finally land back on British soil on Saturday.

The 22-year-old was on a holiday with friends in Vietnam when she fell ill.

Three weeks into the tour of South East Asia, she developed a sore throat.

She bought a facemask to protect her from germs and some Strepsils for her throat, but within 24 hours she was in hospital fighting for her life.

While in intensive care at Danang Hospital, her mother Yvonne McAulay was summoned from Edinburgh, with stepfather Jimmy McAulay arriving days later.

He said: “She was put into a medically-induced coma, she was ventilated and she was on kidney dialysis by the time I arrived.

“We were told she had a 5% chance of recovering. It was desperate. They flew her to a better hospital in Singapore and doing that was really risky.”

Mekala was taken to a specialist at Mount Elizabeth Hospital where a consultant studied her travel itinerary and identified her illness as an airborne virus picked up in a forest in Cambodia.

Mr McAulay, 64, said: “Her lungs, particularly her right one, were severely damaged and they were talking about a lung transplant.

“We thought we would be bringing her home in a casket – that’s what we were told to expect. We knew if something didn’t happen soon, we could fear the worst.”

While in the induced coma, however, her condition slowly improved. After two weeks she was woken, and a week later she was off life support.

After two months in hospital, Mekala has now been moved onto a portable ventilator and is well enough to be flown back to the UK.

‘She thought it was still September’

Her consultant and two nurses will bring her home on a commercial flight on Friday and she will land in Manchester on Saturday where a critical care ambulance will be waiting to take her to Edinburgh Royal Infirmary.

Friends and family in Prestonpans raised money to allow Mr and Mrs McAulay to stay with Mekala.

Her mother Yvonne, 51, said Mekala was upset when she saw TV footage of Remembrance Day events because she did not realise how long she had been unconscious. She thought it was still September.

The family have been warned Mekala still faces a long journey to recovery.

Mr McAulay said: ” It has taken a long time to get her well enough to travel and cope with the cabin pressure.

“When she gets back she is likely to be in intensive care for two weeks. She will need intense physio due to muscle wastage. They say it will be a year before she is back to full health.”

He said that she still cannot speak due to the tracheotomy tube but is excited to get back to Scotland.

He added: “I think I am going to be thanking the doctors for the rest of my life.”