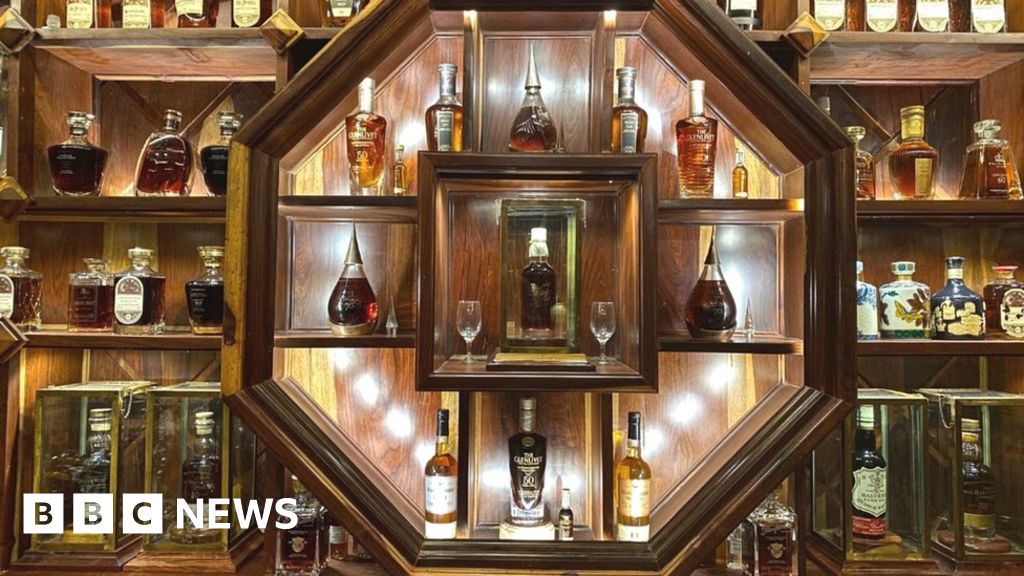 A Vietnamese businessman has been revealed as the owner of the world’s most valuable whisky collection.

The record was confirmed by Guinness World Records.

Only 40 bottles of the Macallan 1926 were ever released. Mr Viet owns three.

A bottle of The Macallan 1926 sold recently for a hammer price of nearly £1.5m, including buyer’s premium.

Mr Viet’s collection includes one of only 12 bottles of the oldest Bowmore ever released. A similar bottle fetched £300,000 at auction recently.

He also owns one of only 24 bottles of the 1919 vintage Springbank.

Mr Viet has been collecting rare and vintage bottles of whisky for more than 20 years.

Having amassed more than 500 bottles, which are locked securely in a bespoke whisky lounge at his home, Mr Viet said he would continue to build on his collection.

He said: “For me, whisky collecting has been my life’s passion. Every spare I moment I get, I’m searching auction sites and trading websites to find famous and rare whiskies from around the world.

“As for my collection, I have no intention of selling any of it. Not one bottle. In fact, I’ll continue to hunt for more old and rare bottles and add to and enrich it.”

RW101 arrived at the collection’s valuation by determining what it could realistically be expected to fetch if sold at auction in the UK in the current market.

The valuation was subsequently submitted to Guinness World Records, who confirmed the feat by certification.

RW101 co-founder Andy Simpson said: “We were somewhat gobsmacked, not to mention a little envious, when we realised the breadth and depth of Mr Viet’s collection.

“It’s a truly stunning example of one person’s 20-year passion and desire to seek out the finest, rarest bottles of whisky in the world.”