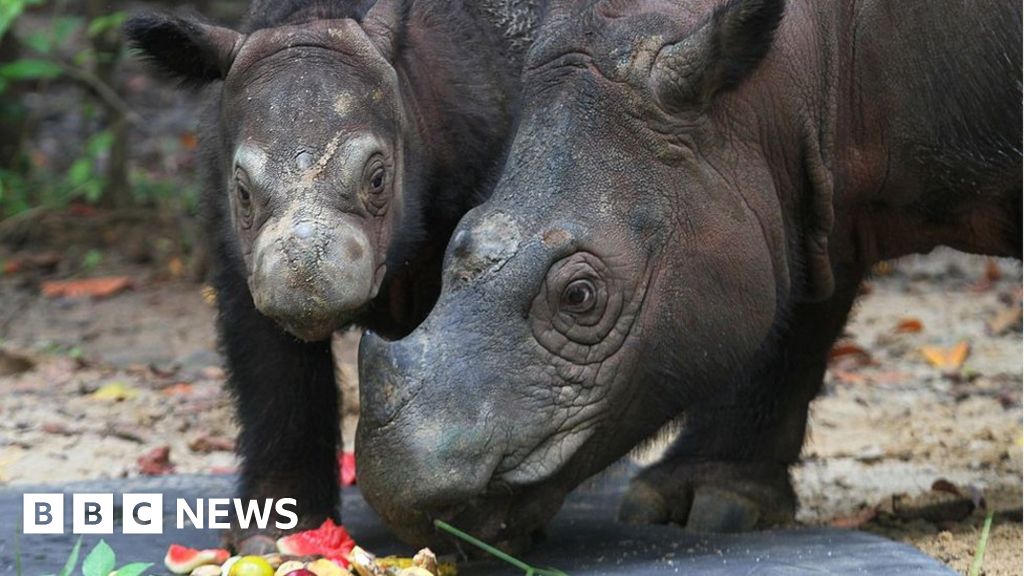 The Sumatran rhino is now officially extinct in Malaysia, with the death of the last known specimen.

The 25-year-old female named Iman died on Saturday on the island of Borneo, officials say. She had cancer.

Malaysia’s last male Sumatran rhino died in May this year.

The Sumatran rhino once roamed across Asia, but has now almost disappeared from the wild, with fewer than 100 animals believed to exist. The species is now critically endangered.

“Its death was a natural one, and the immediate cause has been categorised as shock,” Sabah State Tourism, Culture and Environment Minister Christine Liew is quoted as saying.

“Iman was given the very best care and attention since her capture in March 2014 right up to the moment she passed,” she added.

Sumatran rhinos have been hard hit by poaching and habitat loss, but the biggest threat facing the species today is the fragmented nature of their populations.

Efforts to breed the species in Malaysia have so far failed.

Facts about the Sumatran rhino