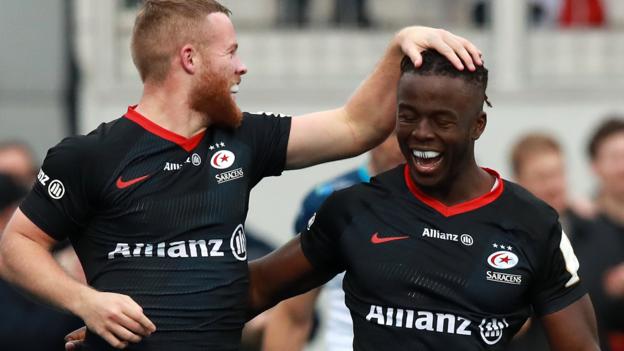 Defending champions Saracens returned to winning ways in the European Champions Cup with a bonus-point victory over Ospreys in Pool Four.

Sarries, who were beaten by Racing 92 in their opening game, led 23-3 at the interval after tries by Jack Singleton, Alex Lewington and Rotimi Segun.

Winger Segun added a second to secure the bonus point after the break before a Richard Barrington try.