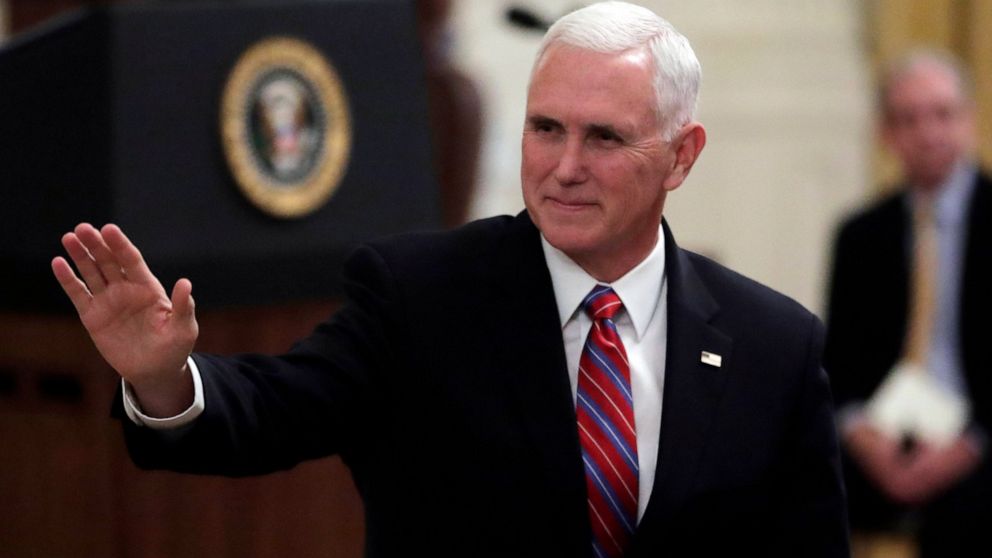 The Latest on Vice President Mike Pence’s visit to Iraq (all times local):

The U.S. wants Iraq to show restraint as widespread anti-corruption protests in the country have killed more than 320 people in the past two months.

Vice President Mike Pence spoke by phone to Iraqi Prime Minister Adil Abdul-Mahdi from Al-Asad Air Base on an unannounced trip to the region.

Pence expressed support for a free, sovereign and independent Iraq — a subtle warning against Iranian influence in the country, which has weakened cooperation between the U.S. and Iraq.

According to one official, Mahdi expressed regret for the violence and cast it as growing pains for the country and its security services, more used to war than democratic protest.

Pence spoke by phone with Mahdi after the Iraqi leader declined an invitation to meet with Pence at the air base after security concerns prevented Pence from traveling into Baghdad.

Vice President Mike Pence is criticizing Washington’s impeachment proceedings as he greets U.S. troops on a pre-Thanksgiving trip to Iraq.

Speaking at Al-Asad Air Base, Pence said the Trump administration is working to secure another pay increase for the armed forces and suggested the ongoing impeachment inquiry in Washington was slowing the way.

He says: “Partisan politics and endless investigations have slowed things down in D.C.”

Accompanied by his wife, Karen, Pence is serving Turkey and traditional fixings to hundreds of troops at the air base and another base in Erbil.

Pence is praising service members, saying, “While you come from the rest of us, you’re the best of us.”

Vice President Mike Pence is making an unannounced visit to Iraq in the highest-level American trip since President Donald Trump ordered a pullback of U.S. forces in Syria two months ago.

Pence is meeting Saturday with Iraqi Kurdistan President Nechirvan Barzani in a move meant to reassure the U.S. allies in the fight against the Islamic State after Syrian Kurds suffered under a bloody Turkish assault last month after the withdrawal.

Pence is also visiting Iraq’s Al-Asad Air Base, from which U.S. forces launched the operation in Syria last month that resulted in the death of IS leader Abu Bakr al-Baghdadi.

Pence, joined by his wife, Karen, is also greeting U.S. troops ahead of the Thanksgiving holiday.

The two officials, who spoke on condition of anonymity, say Pence arrived at the Ain al-Asad air base in Anbar Province in western Iraq on Saturday. U.S. troops are based in the complex.

The visit is Pence’s first to Iraq and comes nearly one year since President Donald Trump’s surprise visit to the country.

It is not immediately known whether Pence will meet with Iraqi officials during his stay.