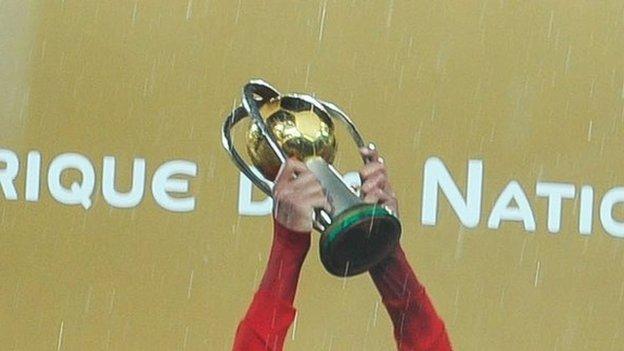 The decision to host the African Nations Championship (CHAN) in Cameroon in April 2020 has meant a complete overhaul of fixtures for the continent’s top two club competitions on what is now an even more squeezed schedule for African football next year.

The group phase of both the African Champions League and African Confederation Cup will now be squashed into just two months, which will also have a major impact on domestic leagues.

The Confederation of African Football (Caf) decided last week at its executive committee meeting in Cairo, that CHAN 2020 – the African Nations Championship, for locally-based players – would take place from 4-25 April.

As no club competition matches can be played at the same time as the CHAN finals, a new calendar for both the Champions League and Confederation Cup has had to be drawn up.

The start of the group phase of both competitions, set for this coming weekend, is not affected, as is the case with the next two rounds.

But the final three match-days, set for February and March, will now be crammed into January and the first two days of February.

The quarter-final draw is being brought forward a full month to 9 February and the knockout phase will now commence at the end of February rather than in April as previously scheduled.

By the time the CHAN 2020 tournament starts, the two club competitions will be reduced down to their last four competitors.

The two legs of the semi-finals will now take place over the first two weekends of May with the finals at the end of the month.

Caf are introducing a single final at a neutral venue for the first time for both competitions.

The Confederation Cup final is on 24 May and the Champions League final on 29 May but the venues are yet to be settled.