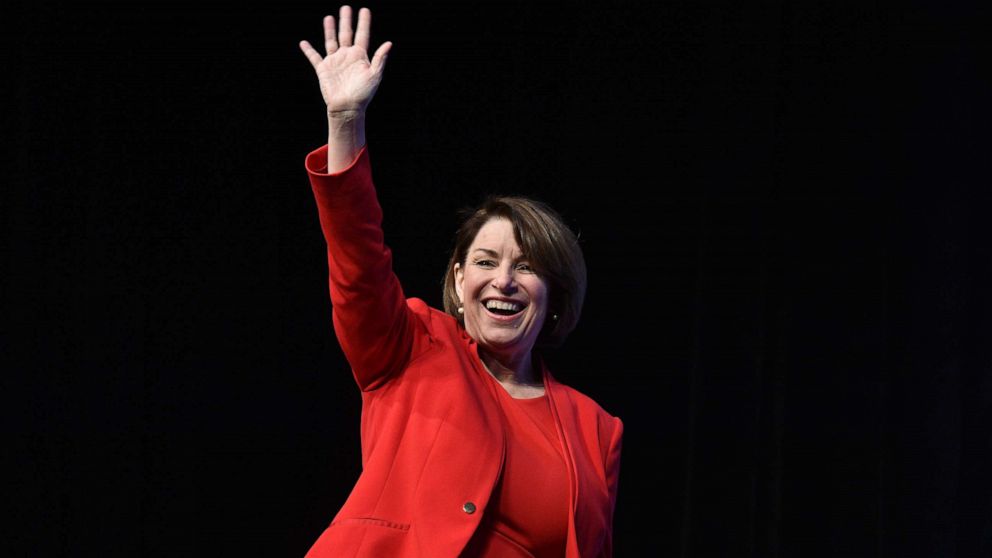 “I think what’s really important to the nation is that we hear the evidence and that it’s a fair trial,” she said on ABC’s “This Week.”

She also said that James Madison thought, “the impeachment articles should be included, the provisions in the Constitution, because he feared that an American president could betray the trust of the American people to a foreign power.”

“That’s what this really is about,” she told ABC News Chief Anchor George Stephanopoulos, “and that’s what you heard in the moving testimony of these career diplomats.”

Klobuchar further proved a divide on impeachment between Democratic presidential candidates while at Wednesday night’s debate in Atlanta, specifically amongst her Senate colleagues.

While Sen. Elizabeth Warren, D-Mass., said that she would try and convince her Republican colleagues to vote in favor of impeaching President Donald Trump because “we have to establish the principle no one is above the law. We have a constitutional responsibility, and we need to meet it,” Klobuchar had a different opinion on the matter.

Following U.S. Ambassador to the European Union Gordon Sondland testimony on Wednesday before the House Intelligence Committee, Klobuchar was asked if she still maintained that she needed to hear all the evidence in order to decide her vote if the impeachment process reaches the Senate, she did not waver.

“I have made it very clear that this is impeachable conduct. And I’ve called for an impeachment proceeding,” Klobuchar said at the debate. “I just believe our job as jurors is to look at each count and make a decision.”

The Minnesota senator on Sunday also discussed former New York Mayor Michael Bloomberg legally jumping into the presidential race on Thursday after filing official paperwork with the Federal Election Commission and his historic $37 million ad buy. While she welcomed Bloomberg to the race, she criticized him for the amount of money he was throwing into his run.

“Maybe the argument is, ‘hey I’ve got more money than the guy in the White House,'” Klobuchar told Stephanopoulos. “I don’t think (people are) going to buy that.”

Over the weekend, Klobuchar did not hold back on criticizing the idea of another self-funding billionaire entering the race, telling reporters after a campaign event in Lebanon, New Hampshire, that she wouldn’t be using money to sway voters.

“I compete by being here. I compete by talking to actual voters and not just going on the airwaves. And that’s how I’m gonna win,” Klobuchar said on “This Week.”

When recently asked about all the late entrances into the race, Klobuchar told reporters in New Hampshire that the former New York City mayor would further divide an already splintered party.

“I don’t quite understand the reasoning that he wants to get in and divide support up more, but you’d have to ask him that question,” Klobuchar told reporters. “I am just gonna keep running my own campaign.”

This is a developing news story. Please check back for updates.