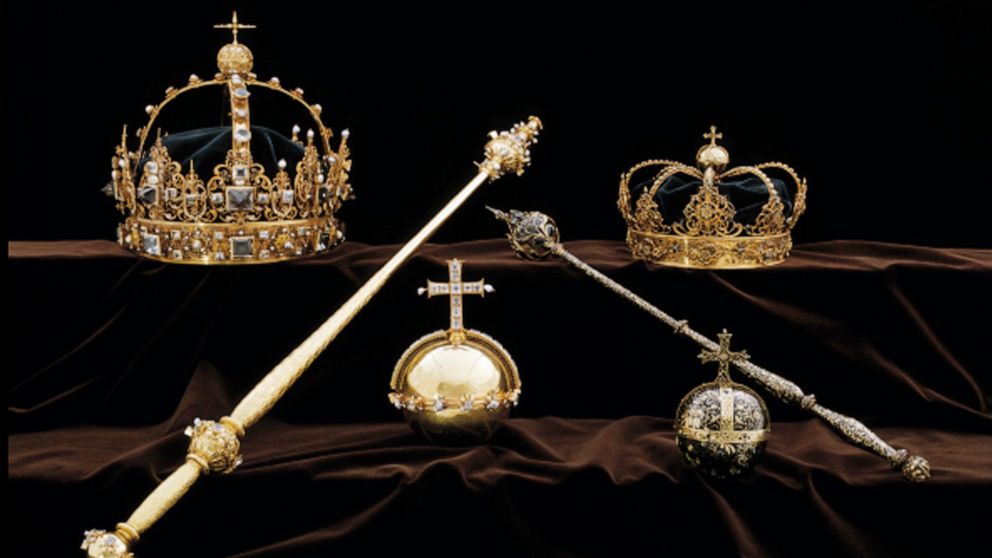 A brazen burglary Monday at a German museum holding priceless treasures is another in a long history of daring European heists over the years.

German police said it was too early to estimate the value of the items stolen from Dresden’s Green Vault, one of the world’s oldest museums, and museum officials called the objects “priceless.”

Here’s a look at some other spectacular thefts in Europe in recent years:

In a daring daytime heist, thieves in Sweden smashed glass show cases inside a cathedral and snatched 17th-century royal treasures estimated to be worth 65 million kronor ($7 million) last year.

They made their getaway on stolen bicycles and then fled by motorboat via the vast system of lakes west of Stockholm.

The two crowns and an orb were later discovered in a garbage bin north of Stockholm.

Two men were convicted and imprisoned for the theft.

In January 2018, thieves stole precious Indian jewels from the famed Al Thani Collection that were on show at the Doge’s Palace in Venice, including a pendant featuring a 10-carat diamond.

Surveillance footage showed one of the thieves calmly opening a showcase window, pocketing the gems and sauntering off. Police say the alarm was triggered only a minute later, giving the thieves time to escape.

Croatian police later arrested four suspects, one of whom was believed to be linked to several major heists in Europe and the notorious, multinational “Pink Panther” gang of thieves.

Burglars broke into Berlin’s Bode Museum in March 2017 and made off with a 100-kilogram (221-pound) Canadian gold coin known as the “Big Maple Leaf.”

The suspects are believed to have smashed a protective case and then managed to lift the coin out of a museum window before fleeing along a rail track with their haul in a wheelbarrow. After getting away with it, they are accused of later cutting up the coin, valued at about 3.75 million euros ($4.33 million), and selling the pieces.

Four men are currently on trial in the case — three accused of the break-in and a fourth, a security guard at the museum, on allegations he helped with their plan. They deny the charges.

Two paintings by Vincent van Gogh went back on display in Amsterdam in 2017 — more than 14 years after thieves ripped them off the walls of the Van Gogh Museum during an audacious nighttime raid.

Italian police discovered the paintings, “View of the Sea at Scheveningen,” and “Congregation leaving the Reformed Church in Nuenen,” during a raid targeting Italian mobsters.

In October 2016, robbers allegedly forced their way into the apartment where Kim Kardashian West was staying during Paris Fashion Week, tied her up and stole more than $10 million worth of jewelry.

Ten people have been charged in the case. The alleged mastermind wrote the reality TV star an apology letter from his prison cell.

She said the experience made her less materialistic.

Cannes has a reputation not only for its film festival glamour but also for its dramatic heists.

In 2015, thieves — one wearing an old-man mask — walked into the Cartier boutique on Cannes’ Croisette seaside promenade in the middle of the morning and walked out with millions of dollars’ worth of jewelry and watches.

Then, in 2013, thieves stole Chopard jewelry from a hotel room safe during the festival, a crime that drew parallels to Sofia Coppola’s “The Bling Ring,” which was screening that year.

And two months later, a lone gunman pulled off one of the biggest jewelry heists of all time, stealing $136 million worth of diamond jewelry from Cannes’ Carlton Hotel — a location for Alfred Hitchcock’s classic “To Catch a Thief.”

European airports have provided a stage for some audacious jewel thefts.

In a carefully planned 2013 heist, thieves cut through a fence at the Brussels airport, drove to a Switzerland-bound plane and snatched an estimated $50 million in diamonds.

In 2005, thieves threatened guards and hijacked an armored car from Dutch carrier KLM’s cargo ramp at Amsterdam’s Schiphol airport, making off with millions in diamonds and jewelry.

While Christmas shoppers strolled outside the posh Harry Winston jewelry shop near Paris’ famed Champs-Elysees in 2008, armed thieves — some dressed as women and wearing wigs — entered the store and stole gems and jeweled watches worth up to $85 million.

In 2008, three men wearing ski masks walked into the Buehrle museum in Zurich a half-hour before closing time on a Sunday. While one used a pistol to force museum staff to lie on the floor, the two others swiped four paintings by Cezanne, Degas, Van Gogh and Monet worth $163 million. Shocked police called it one of the biggest heists in European history. The Van Gogh and Monet paintings were recovered.

A year before the Zurich heist, two Picasso paintings worth nearly $66 million and a drawing were stolen from the Paris home of the artist’s granddaughter in an overnight theft.

In 2004, two Edvard Munch masterpieces, “The Scream” and “Madonna,” were taken from the Munch Museum in Oslo, Norway, by three men wielding firearms in a daylight raid. The paintings, insured for $141 million, were recovered with little damage two years later.

In 2003, a $65-million Leonardo da Vinci painting was stolen from Drumlanrig Castle in southern Scotland by two men who joined a public tour and overpowered a guide. It was recovered four years later.