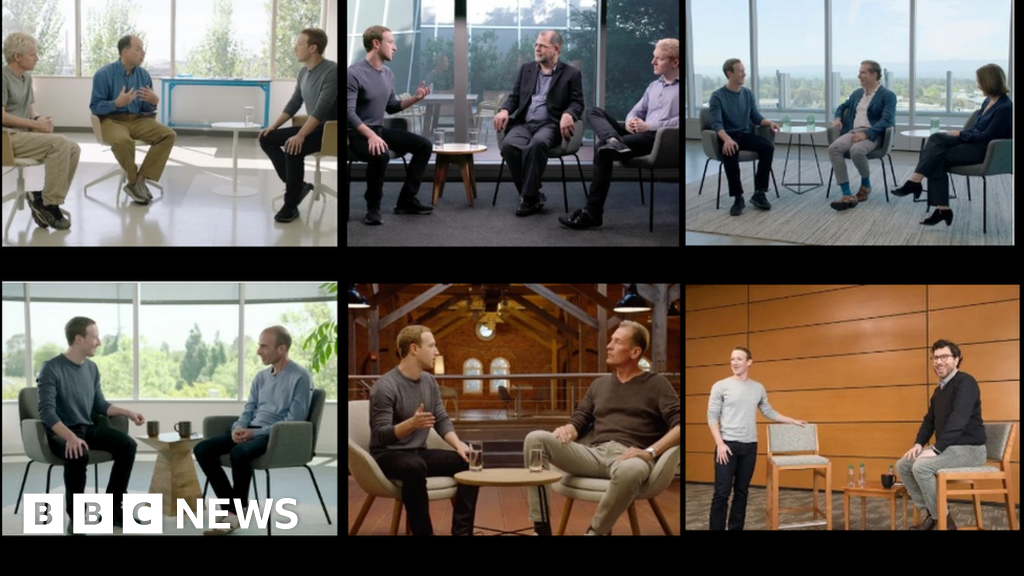 Mark Zuckerberg has been criticised for speaking to eight men and one woman in his quest to discuss “the future of technology in society” – which he set as his personal challenge for 2019.

All nine guests were white.

Mr Zuckerberg had said he would talk to “leaders, experts, and people in our community from different fields”.

One tech entrepreneur described the result to the BBC as “a half-baked mission which devastatingly lacks social awareness”.

“If he really is committed to changing the face of tech, and giving more people a voice (over and above the normal gatekeepers), maybe he could be the one to rise above the industry as it exists at the moment?” she said.

Analyst Carolina Milanesi from Creative Strategies tweeted: “What is fascinating is that Zuckerberg, like most, put some effort into finding a woman but people of colour don’t even get the token slot.”

“It really isn’t that hard to find smart, talented people of colour in tech.”

In a Facebook post announcing the challenge, written in January 2019, Mr Zuckerberg said he intended to explore “the opportunities, the challenges, the hopes, and the anxieties” presented by tech in society.

He admitted at the time that he found the prospect daunting.

“I’m an engineer and I used to just build out my ideas and hope they’d mostly speak for themselves,” he said.

Facebook has published six videos of these discussions over the course of the year. It is unclear whether there are any more to follow.

The only woman to take part was Jenny Martinez, dean of Stanford law school.

In terms of their ages, eight of the nine contributors were either in their 40s or 50s. Mr Collison was the youngest, aged 31.

Journalist Kurt Wagner, who covered the story for Bloomberg, also noted that seven of the nine were either professors or doctors.

“Not exactly branching out,” he tweeted.

The topics discussed in the videos included health research, governance issues, artificial intelligence, privacy and the fight against fake news.

Mr Zuckerberg famously sets himself a challenge every year. In the past these have included learning Mandarin, visiting every US state and running 365 miles.