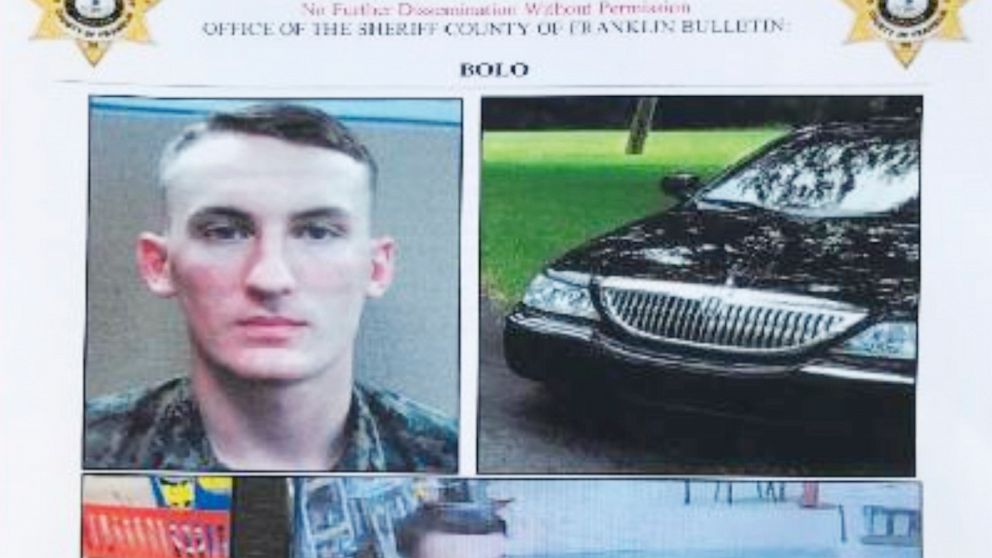 A Marine deserter wanted in the fatal shooting of his mother’s boyfriend was captured on Wednesday after a lengthy search that had schools and neighborhoods on alert in Roanoke, Virginia.

Brown is charged with second-degree murder in the Nov. 9 killing of a man described as his mother’s boyfriend.

The Marine’s mother told investigators that she saw her son kill Rodney Wilfred Brown at a home in Hardy, Virginia, according to a criminal complaint filed in U.S. District Court. She also identified the getaway vehicle, which was later found in South Carolina, hours southwest of Camp Lejeune in North Carolina, where her son had been stationed.

Investigators think he later drove a recreational vehicle to Roanoke and tried to contact his grandmother. Police spotted the camper and used an armored vehicle to destroy it before discovering that Brown was not inside. With a suspect considered armed and dangerous thought to be loose in the area, schools in Roanoke closed for a day and residents were warned to lock their doors and windows.

A news conference on his arrest was expected later Wednesday morning.