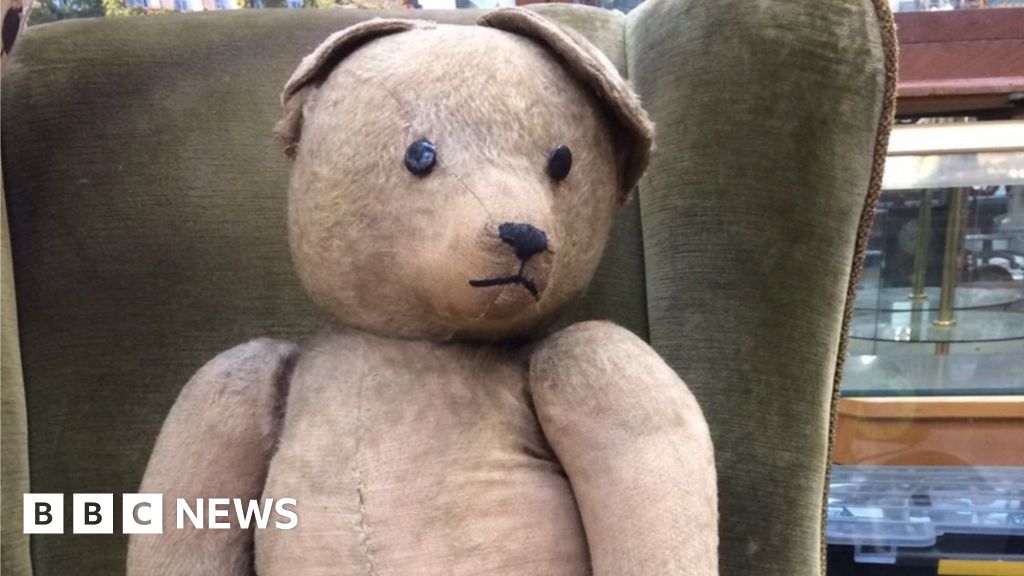 A teddy bear that was said to have been present during World War Two battles is set to go under the hammer.

The bear was a gift to 76-year-old Tom Matthews, from Stafford, from his father after the war.

His father received it from a Dutch woman after he was stationed in her village which had been “stripped bare” by the German forces in 1944.

Mr Matthews was told how the bear was present at the D-Day landings and was used by his father as a pillow.

“Dad took part in the D-Day landings,” he said, “and the bear was part of his war story.

“The bear also crossed the Rhine, came under shell fire and took part in the Allies’ victory parade in Berlin, sitting on dad’s lap.”

Mr Matthews and his wife, Mo, have no children and no one to leave the bear to, and it has spent the past 40 years in their loft.

“I’d hate him to end up in a skip during house clearance because someone thinks he’s just a scruffy old bear,” he said.

“He’s seen and done a lot of things – more than most people.”

The bear is expected to fetch up to £600 when it goes up for auction at Hansons Auctioneers in London on 9 December.

Owner Charles Hanson said he was “honoured” to sell the toy, adding: “I’ve never heard such an amazing story connected to a humble teddy bear”.