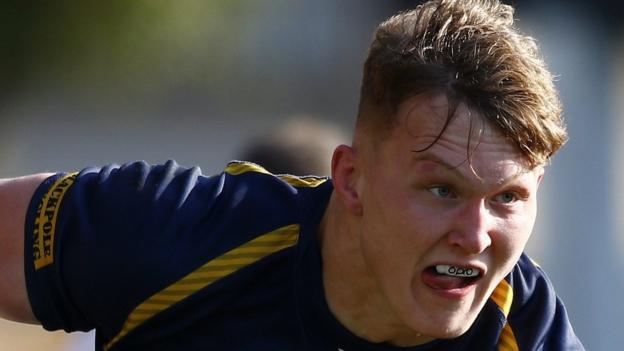 Hill, 20, signed his first Warriors deal as a teenager in December 2018, just 17 days after winning his first England cap as a late replacement against Japan at Twickenham.

But it was due to expire at the end of the 2019-20 season and he has committed himself for a further two years.

“Ted is recognised as one of the outstanding young players in England,” said director of rugby Alan Solomons.

“He has already cemented his place in our starting XV and it is but a matter of time before he regularly features in the England team.

“Over and above his exceptional ability as a player he is a fantastic bloke and a great team man, who, I believe, will develop into an outstanding leader.

“To see a home-grown player of Ted’s calibre decide his future lies with the club is a massive statement and ties in perfectly with our vision to develop Warriors through the medium of our young players.”

Hill has made eight appearances this season and scored the first try as they beat Leicester 24-16 in October in their opening game of the Premiership campaign.

“It’s a really exciting time to be at the club,” he said. “We have a good Academy and it’s about developing homegrown players. It’s important to keep growing the club through our youth set-up.”

Worcester are currently seventh in the Premiership, having won two of their opening four games, 31 points clear of bottom club Saracens.