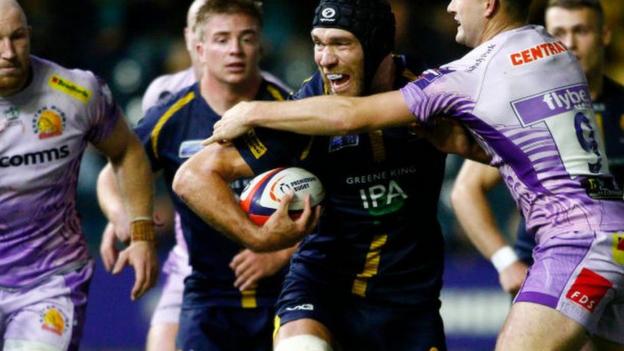 Kitchener, 23, signed his first professional deal with Warriors in May, just prior to finishing an economics degree at Birmingham University.

He has made 37 appearances since making his Worcester debut in Moscow against Enisei-STM in the European Challenge Cup in October 2016.

“He has already shown that he is a force to be reckoned with at Premiership level and I firmly believe that he will, in time, play for England.”

Hill signed his own two-year contract extension with the club on Wednesday.

Shrewsbury-born Kitchener is the younger brother of fellow lock Graham Kitchener, who left Leicester to return to Sixways this summer after eight years away.