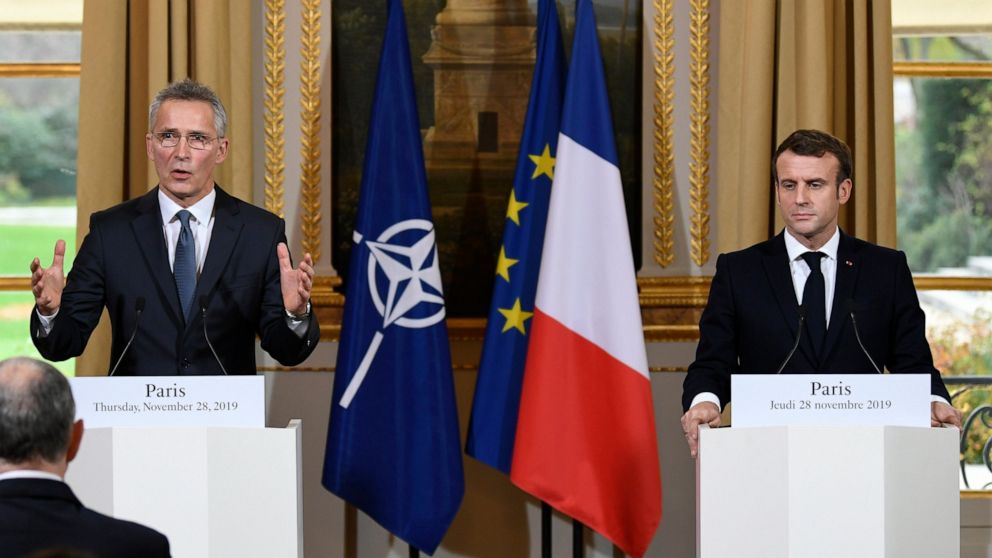 The Latest on discussions ahead of next week’s NATO summit in London (all times local):

NATO Secretary-General Jens Stoltenberg says the United States will pay less into the military alliance’s budget from next year, with Germany stepping up contributions to fill the gap.

At a joint press conference with French President Emmanuel Macron, Stoltenberg said a new cost-sharing formula has been agreed and that “the U.S. will pay less, Germany will pay more.”

The move does not concern the national defense budgets that President Donald Trump routinely complains about.

NATO allies agreed last year to a civil budget for running things like the organization’s headquarters of $250.5 million. A further $1.4 billion was earmarked for spending on military missions around the world.

Stoltenberg says the U.S. and Germany will pay “roughly 16%” of the total budget now. Washington was previously the biggest contributor, paying about 22%.

French President Emmanuel Macron says NATO leaders must have a deep discussion about the future of the military alliance and how ties with Russia can be improved.

Ahead of a summit of NATO leaders in London next week, Macron held discussions with NATO Secretary-General Jens Stoltenberg in Paris.

In a joint news conference, Macron said “a real alliance is action, decisions, not words. So, I want us to have a real dialogue among allies.”

Macron said he was glad his recent comments have acted as a “wake-up call” and that “it was irresponsible to just continue to talk only of financial and technical issues.”